15 amazing buildings in the style of origami

Origami - ancient art of Japan, the main meaning of which lies in the creative folding of paper into various forms. Outside of Japan, this art spread around the middle of the 1900s and inspired artists in many areas of art, as well as architecture.

Architectural projects based on the concept of origami are applicable both for residential buildings, hotels, offices, and for entertainment centers and others, but now this style has become very popular and can often be seen. In support of this idea, we picked up 15 amazing projects from around the world that combine beautiful origami art and architecture and design. 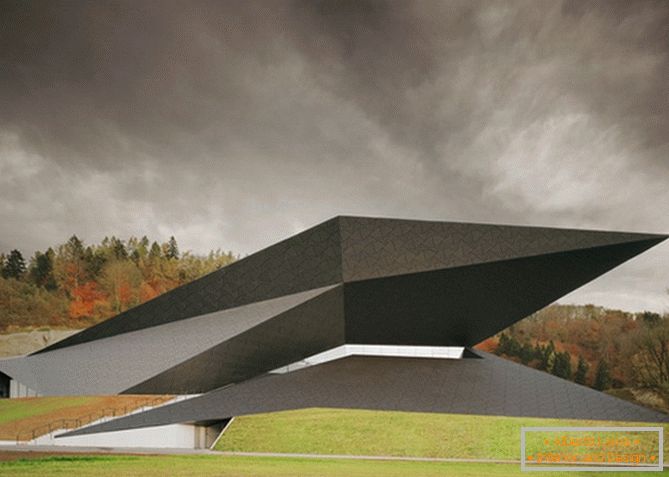 Angular black building, the design of which was designed by the studio Delugan Meissl Associated Architects, which won the tender for its development in 2007. The new concert hall was made in contrast to the existing white curved theater, right there in the city of Erl, Australia. However, its structure was more inspired by the nearby rocky landscape. 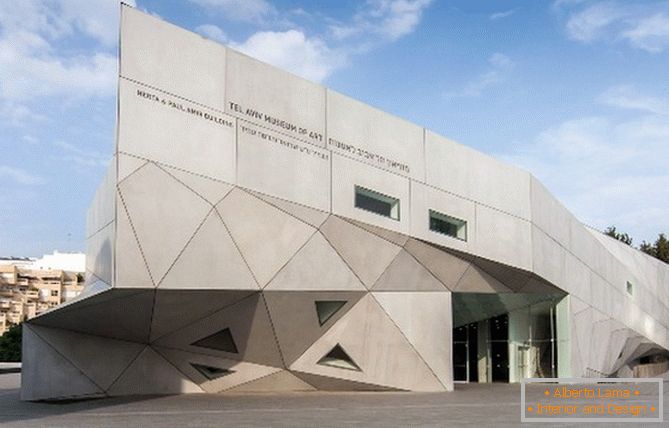 Located in the cultural center of the city at the design stage had a number of problems, the main of which is the right organization natural lighting gallery. The solution was not only the use of the origami style in the design of the project, but also the mass of fixtures and special arrangement of the windows, for organizing the right angles of refraction for high-quality and correct lighting. The project was made by Preston Scott Cohen, Inc. and was the first holder of the Herta and Paul Amir International Competition. 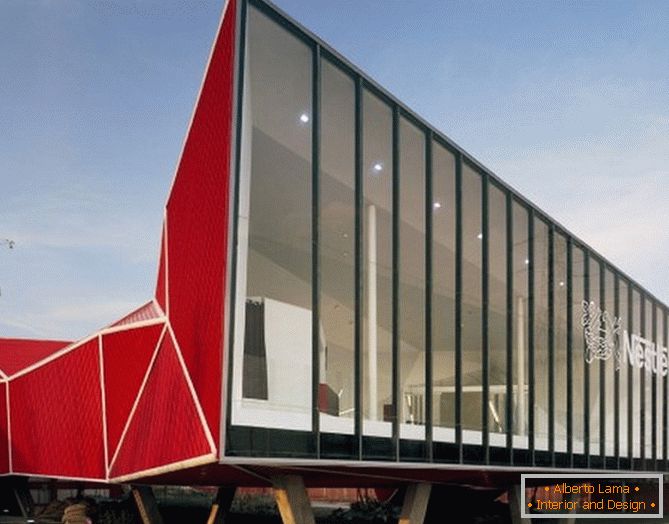 The concept of the building was proposed by the studio Rojkind Arquitectos, the main idea of ​​which was the creation of a building in the style of origami, in the form of a bird or a spaceship. All this was done to ensure that children who love the company's products admired the building. 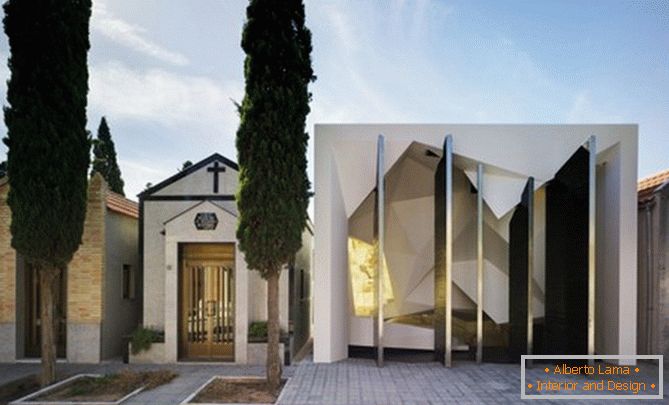 Nube Pantheon is located in the city of Murcia, Spain and built by the studio Clavel Architects. The main distinguishing feature of the project is the entrance. Creating it, the architects wanted to turn to the mystery surrounding death. 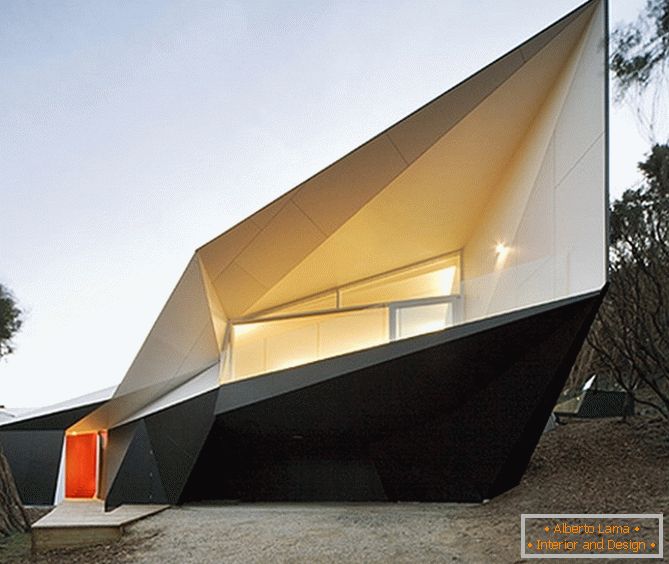 The building is designed McBride Charles Ryan. It is located on Rye Beach on the Mornington Peninsula, about two hours from Melbourne. The design of the building is based on the origami ideas from the Klein bottle, which proved to be the ideal solution for a limited space. As a result, the building has an amazing and exciting shape. 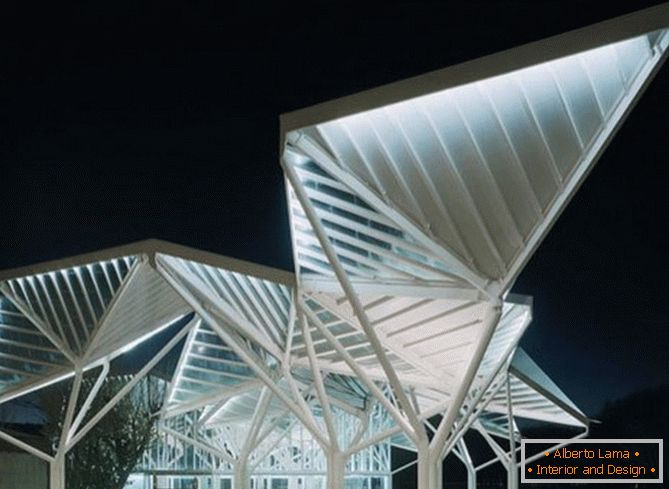 The project was made by the studio Moneo Brock Studio - this is a closed pavilion surrounding the park, located on 35 acres and bordered by Júcar and Moscas rivers and the historic city of Cuenca. Comprises 23 pentagonal modules, which together form structural networks. 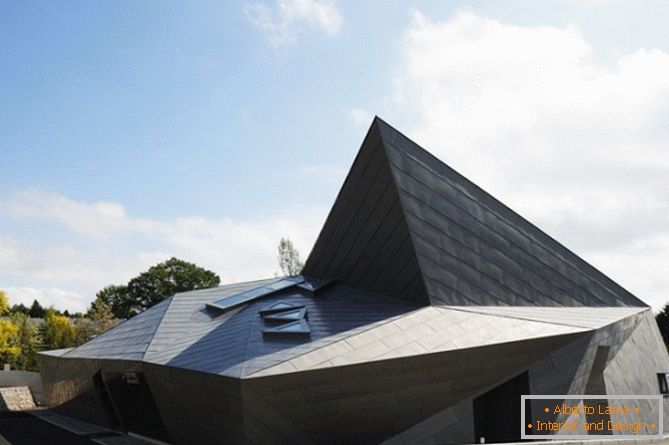 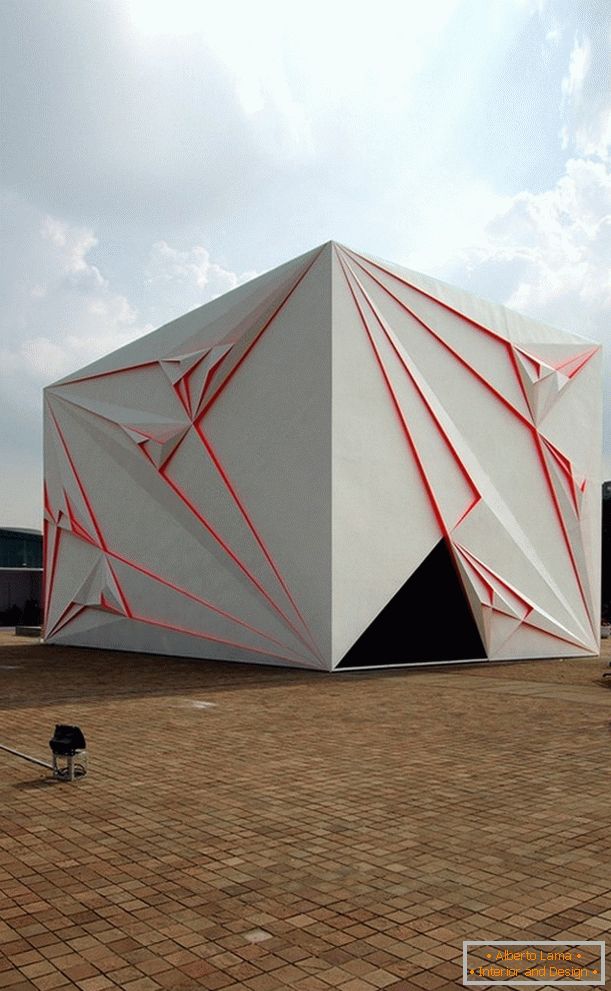 This temporary, interactive installation developed HHD_FUN was based on the concept of "complex systems." The building is very unusual and unique, the only thing that pleases him is the fact that the installation is only temporary. 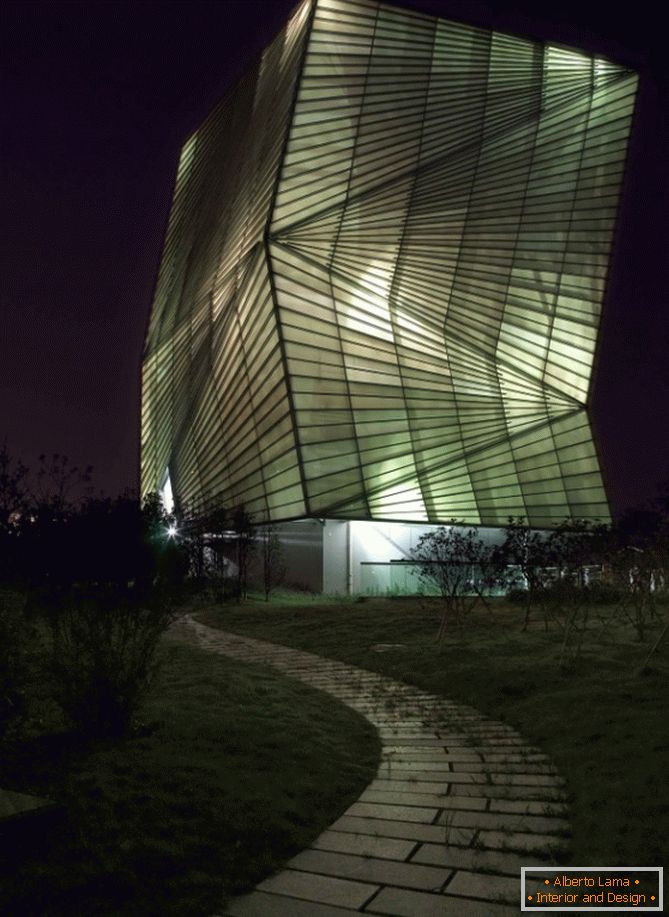 Nottingham University opened a new campus in Ningbo, China: Center for Sustainable Energy Technologies (CSET). The building was designed by the architect Mario Cucinella. To reduce the impact on nature and improve energy efficiency, renewable energy sources were used, namely rainwater, which in addition is stored in storage. The building is conceived as a lighthouse, which will be visible from all campuses of the university. 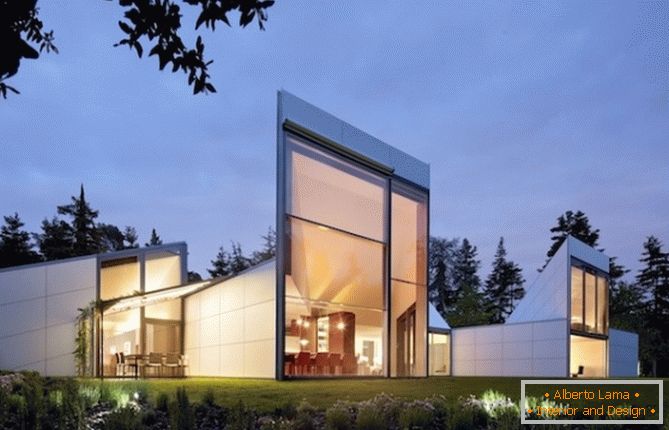 This amazing house in Barcelona, ​​Spain is called the AA House and was developed by the OAB studio, which was inspired by the geometry and design of Japanese origami art. The house is painted white to visually expand it.

Chapel for the Diaconess of Saint-Loup - Hospital de Saint-Loup, Switzerland 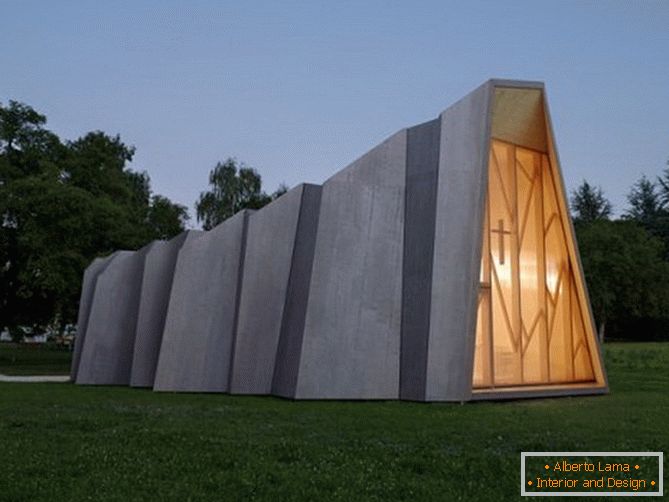 The chapel was designed by local architects and in particular Danilo Mondadawho won a contract for the repair of the project. The new chapel is very well combined in the landscape. The walls of the chapel are decorated in the form of folds, which is the main point of the origami style. 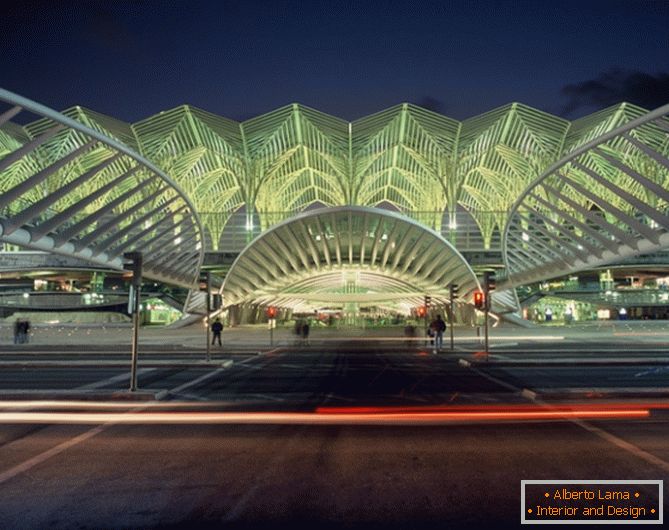 The eastern Lisbon station, one of Lisbon's transport hubs, one of the largest stations in the world was built for Expo'98 in the Parque das Nações. The project was designed by the Spanish architect Santiago Calatrava, whose famous designs are distinguished by natural patterns and shapes. 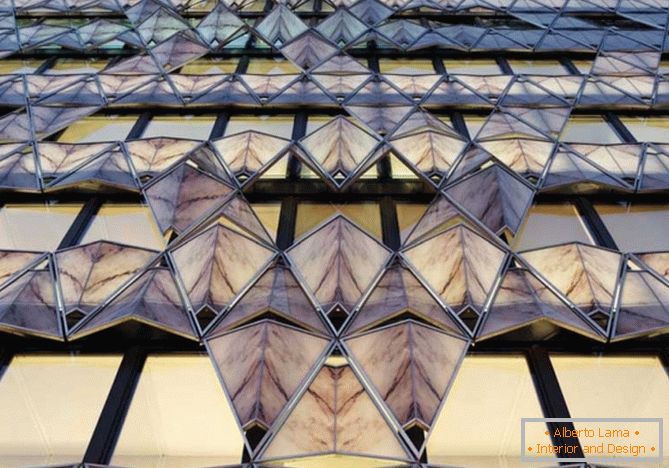 Most of the design of this building was designed under the influence of the unusual location of the site, which inspired architects from Manuelle Gautrand Architecture Develop a project that will emphasize all the beauty of the surrounding area, as well as use natural lighting. The main facade of the building is made of glass with small inserts, made in the style of origami. 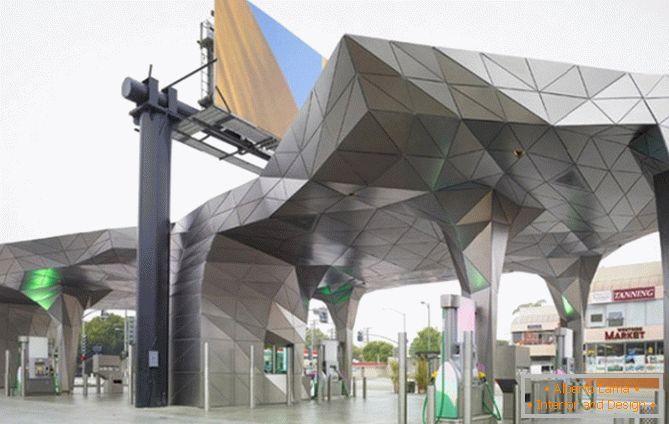 The Helios House - это Los Angeles petrol station, which after its construction in 2007 became a landmark of the city. Refueling is designed by Office dA in Boston and Johnston Marklee Architects in Los Angeles to invent a new standard for filling stations. The station has 90 solar cells, which reduces energy consumption by 16%.

Building of the Department of Health - Bilbao, Spain 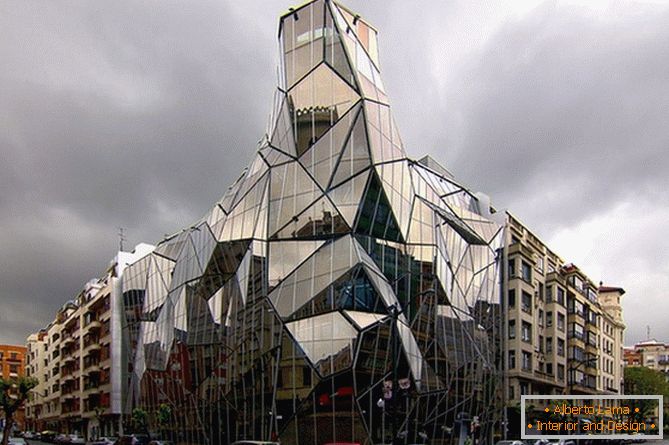 The striking glass building of the health department was designed by designers Coll-Barreau Architects. The building is located on the corner, so it is the face of the boulevard, taking into account this and it was suggested to use such an unusual design, besides, a number of pluses can be attributed to energy saving when using this architectural solution. Also, the building has a noise-suppressing effect due to uneven walls. 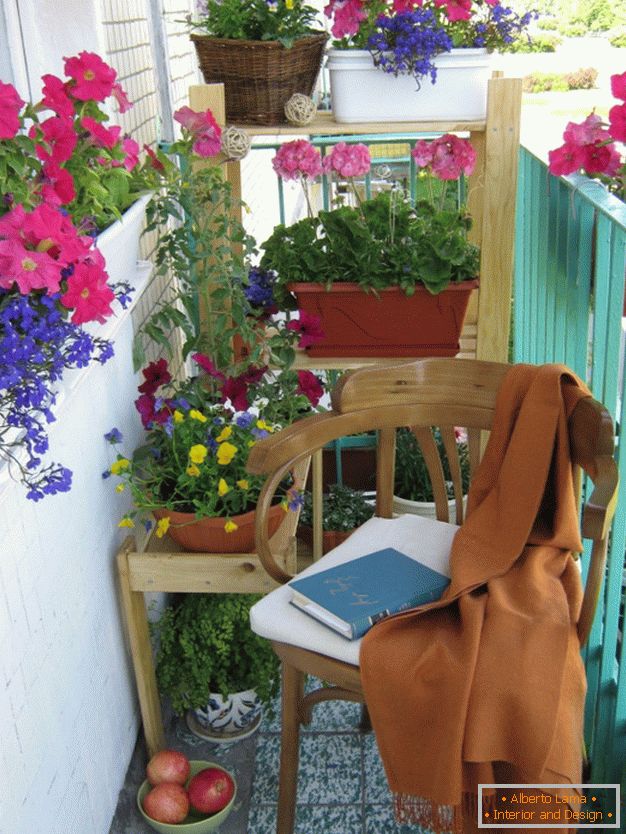 To owners of small balconies - some useful recommendations 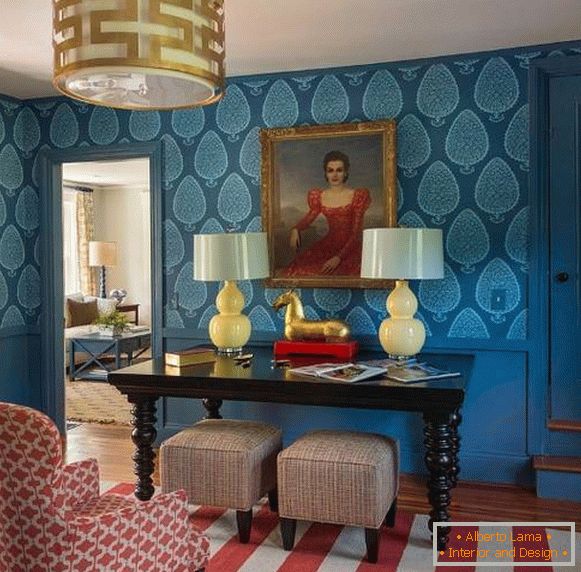 We equip the office in the house: 60 stunning ideas 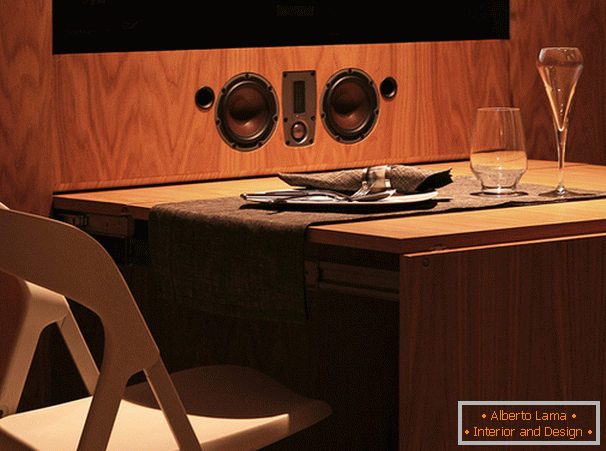 Mobile walls in the interior of a small apartment

Unusual illustrations and "superheroes of childhood" by

The film portraits of giulia bersani

Variants of landscape design of the site 15 hectare