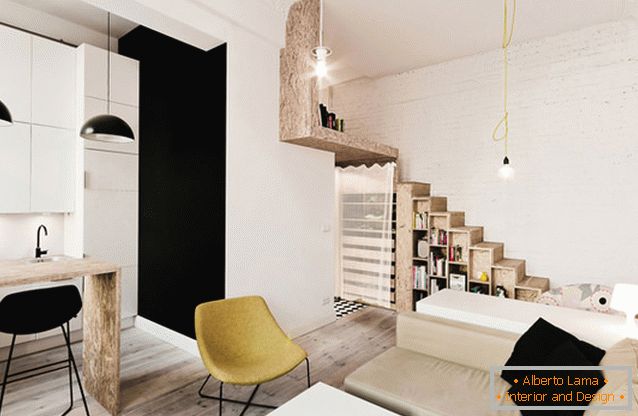 Masters of ZHA have developed a project of an apartment with two floors, with high ceilings, which is located in Poland. About this original and magnificent design is ready to tell our portal today. 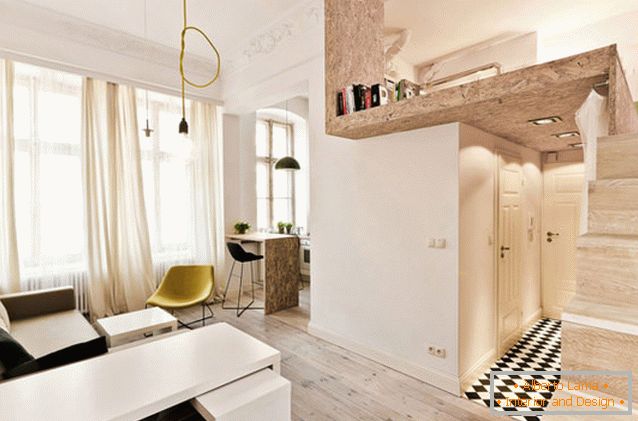 To build a full upper level prevented the height of the room, insufficient for two floors. Therefore, the designers faced a rather difficult task, but they managed to cope with it.

The way out was found by itself. It was decided to make a studio of two levels, on the second set the bed. To it have attached a ladder on which it is possible to be located in full growth owing to that that it is below a bed. 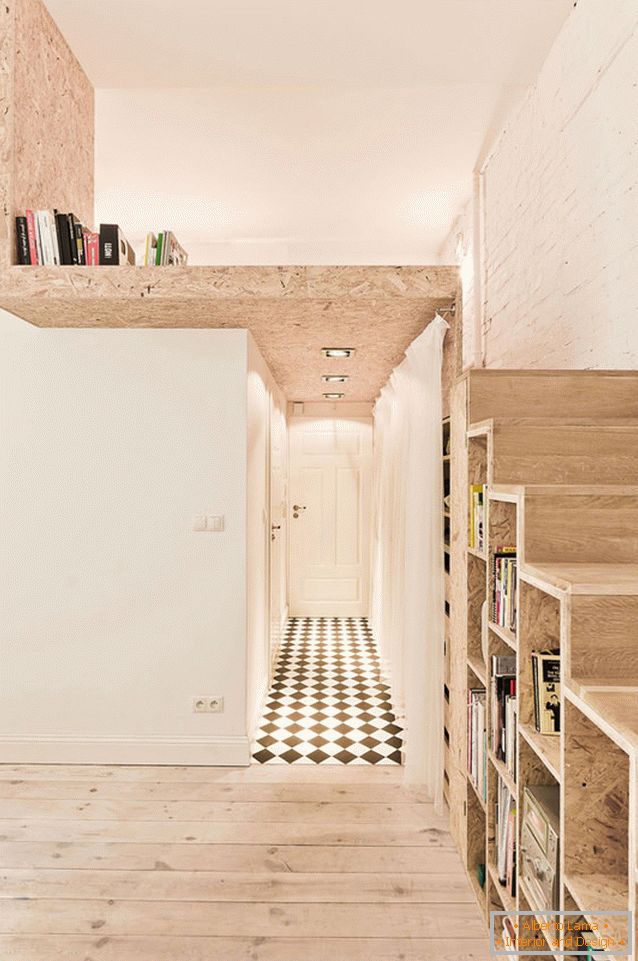 On the lower tier there is a space for cooking, a guest room, roomy closets and a bathroom, and on the upper floor there is a bedroom. 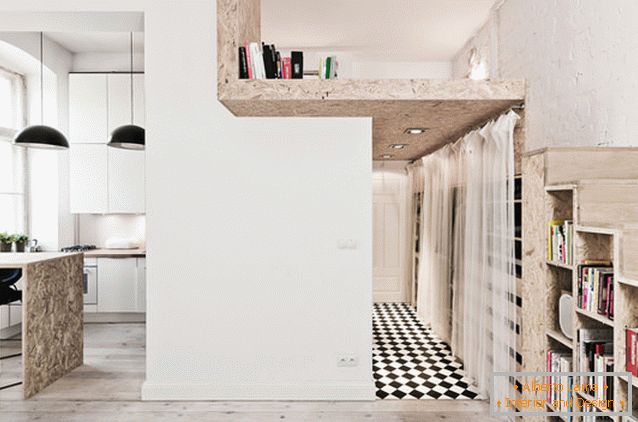 The bed and stairs are made of OSB plates. The use of this material gives the interior an interesting and modern look. And its low cost allowed to reduce the overall cost of repairs. 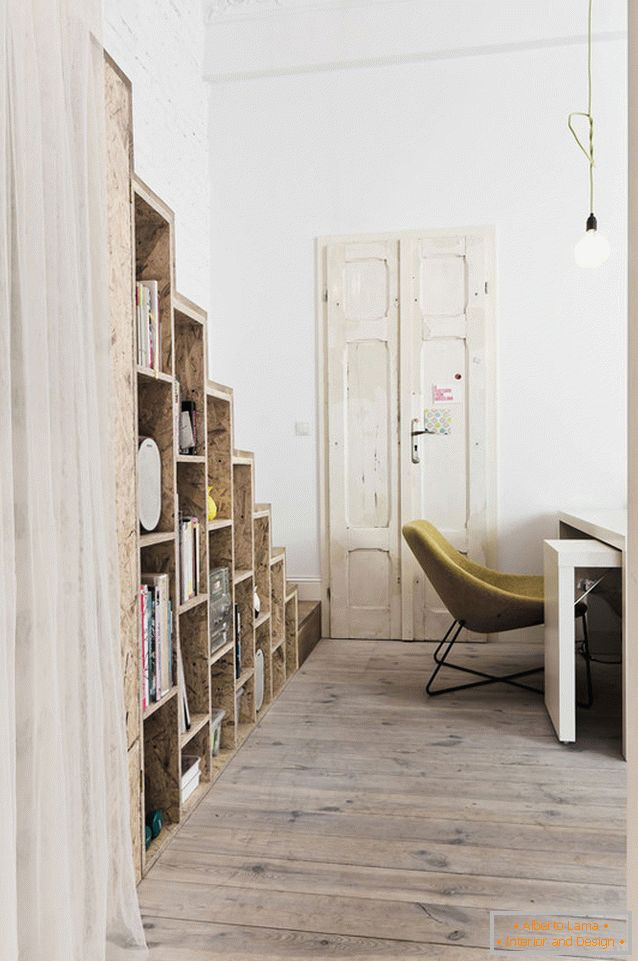 The staircase was placed along the wall. This allowed us to use the vacant space for other purposes. Under the steps are well placed cupboards and shelves for books or clothes. The usual curtain is made of organza. 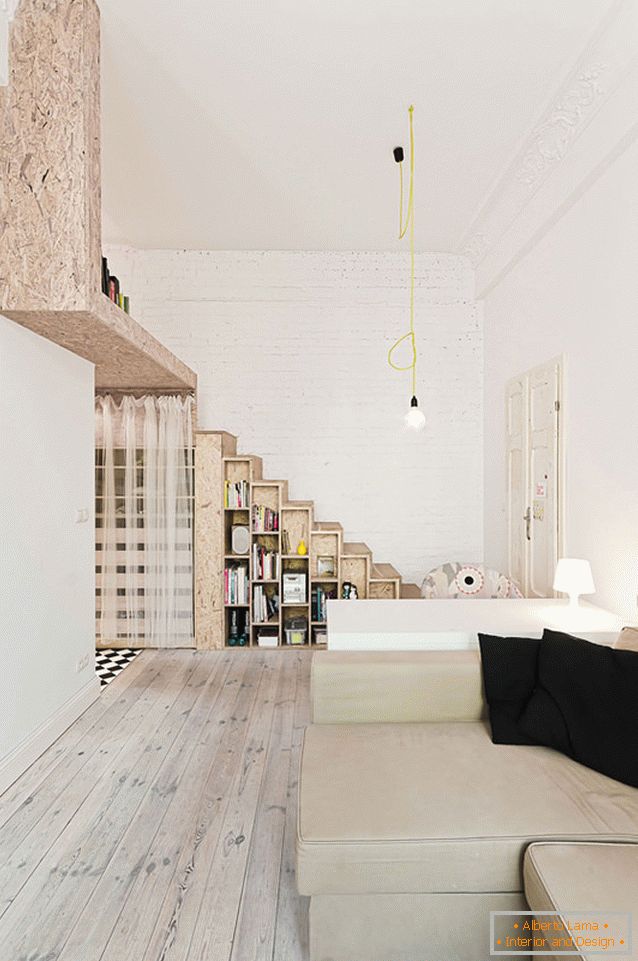 At the second level, the fence is completely missing. Designers felt that it would make the bedroom darker and stand out against the background of a bright living room. To create the effect of the fence books were used, which are located at the edge. 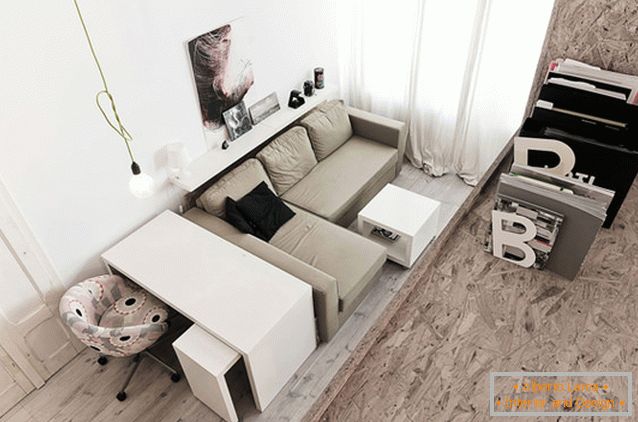 Successful was the choice of color for finishing not only the walls, but also the ceiling. For northern Europe, gray and white colors are the most relevant in the interior. 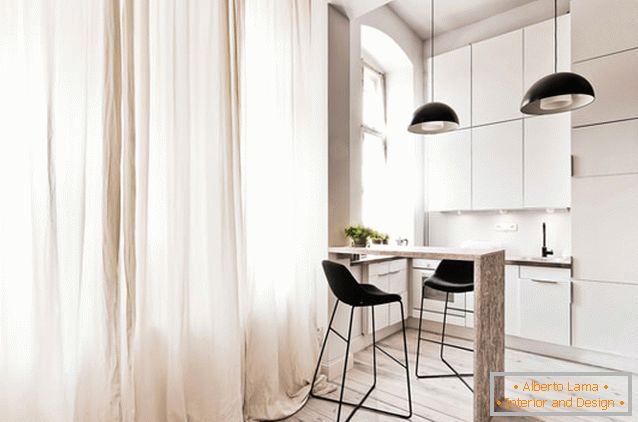 To change the proportions of the room, designers placed lighting devices of a spherical shape in black and white on long cables and lowered them slightly lower than usual. This made the ceilings visually not very high, which added to the kitchen in the apartment-studio comfort and comfort.

To create a common concept, the bar is made of the same material as the staircase. The chairs of black color perfectly blend with the light walls. 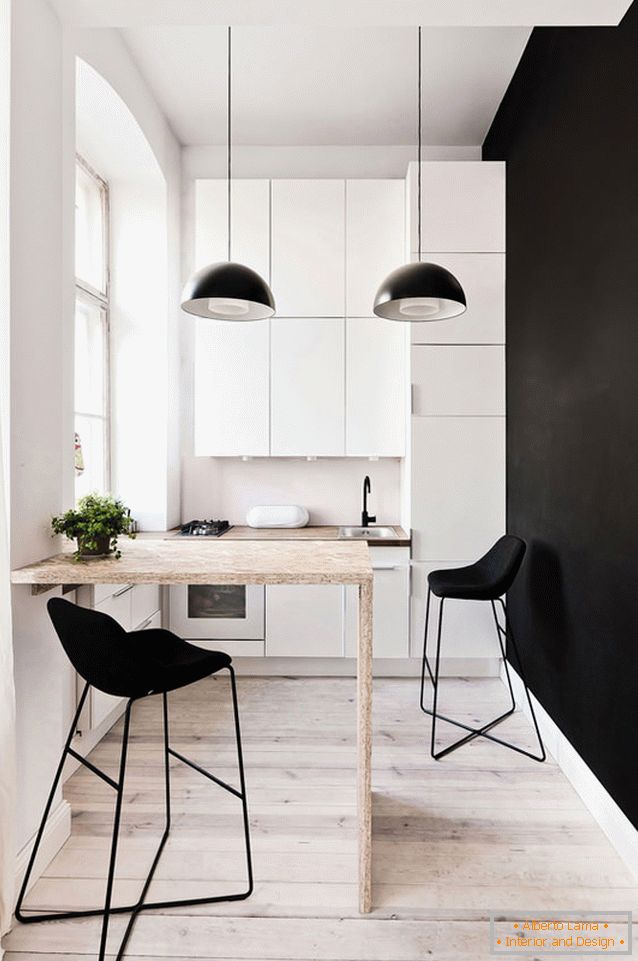 The designers used one more interesting technique. The wall opposite the windows was painted black. This allowed to significantly dilute the white background of the interior. 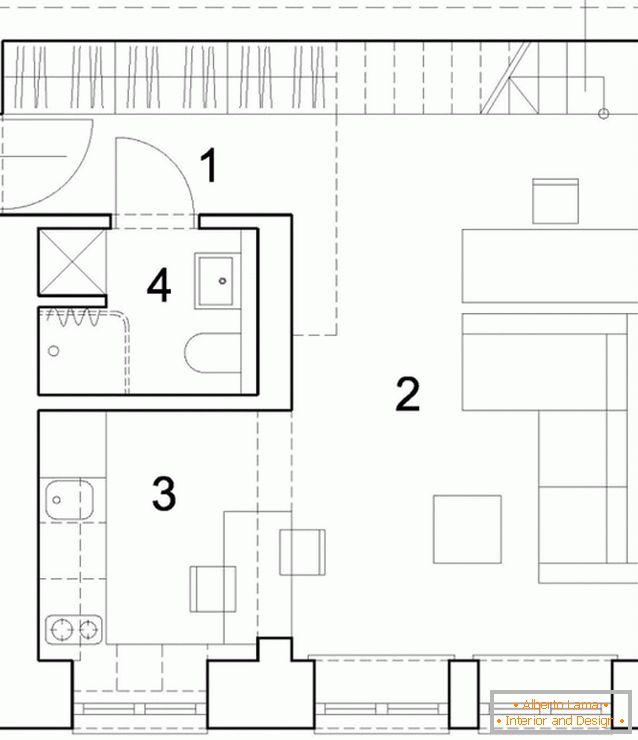 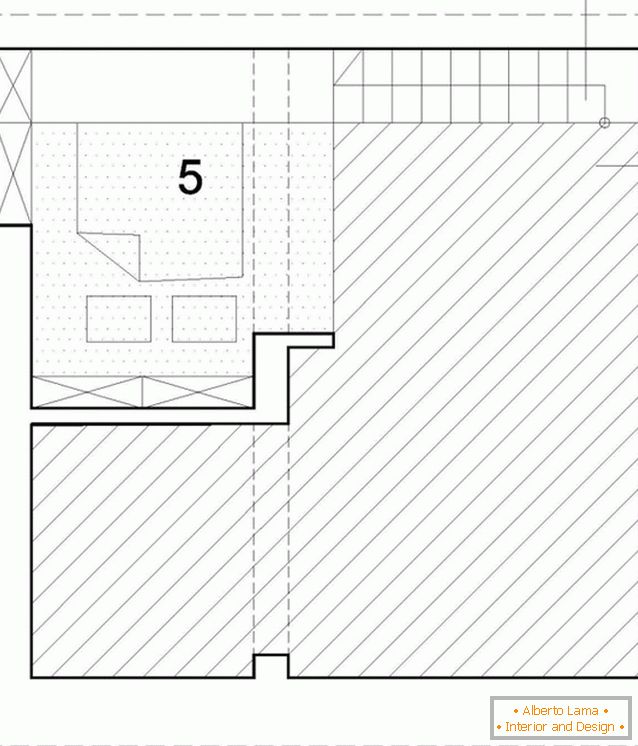 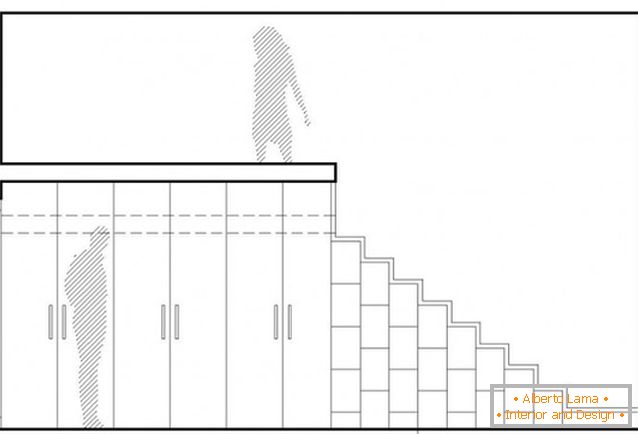 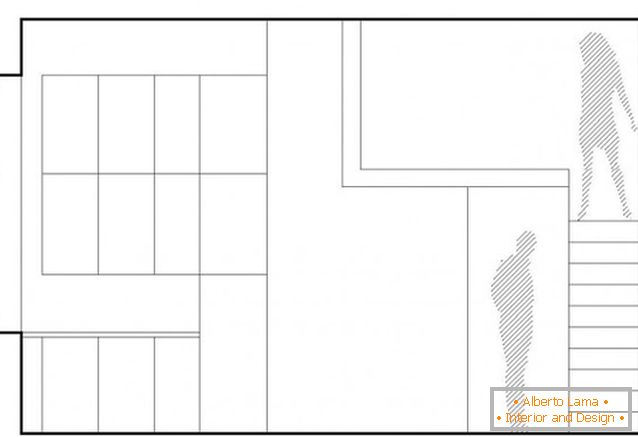 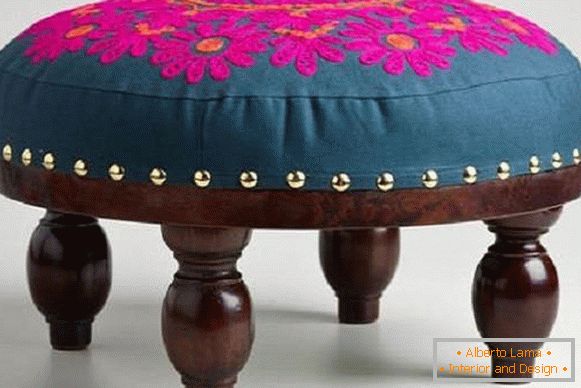 Indian furniture and decor in the interior 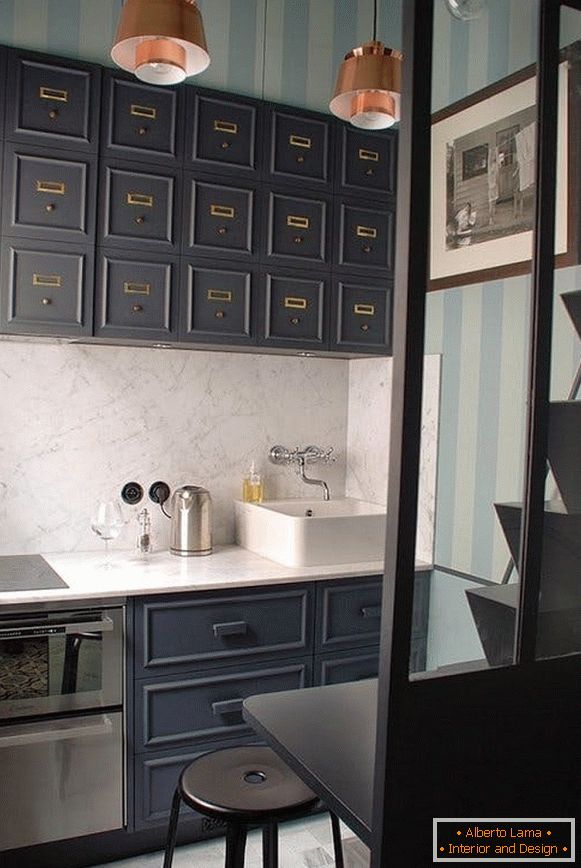 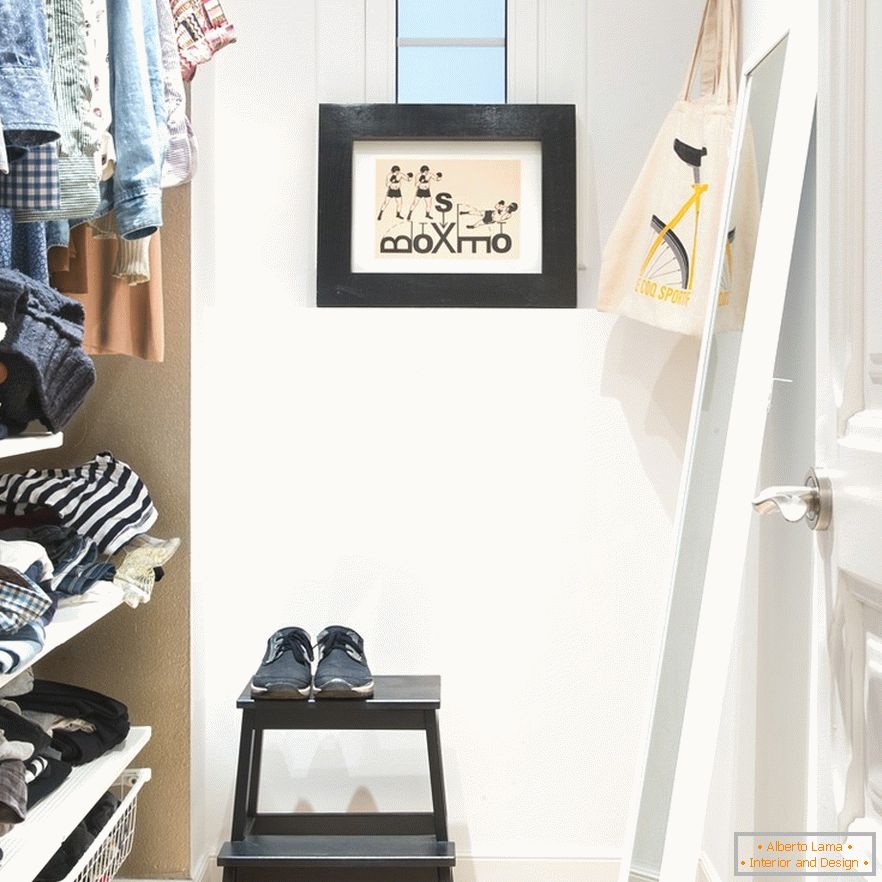 Budget variant of the interior of a small apartment in

More alive than life itself (about front-line photographs)

Another 60 ideas on expanding space in small interiors

Advantages and disadvantages of corner kitchen