Chic interior design of a small apartment from nook 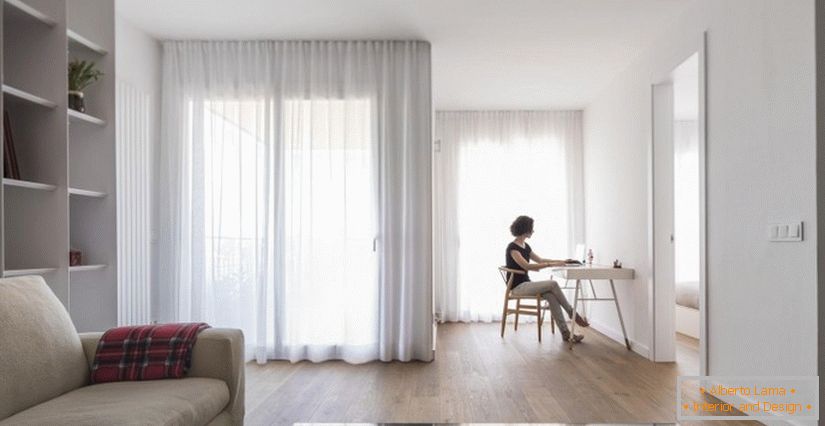 The apartment in which this interior renovation project was realized is located in Sarrià-Sant Gervasi, Spain. Her owner - a young and active girl - realized that she needed the help of a designer. The customer has put only one condition: the apartment must be made only for it, but so that in the future it can easily be remade into a cozy family nest. 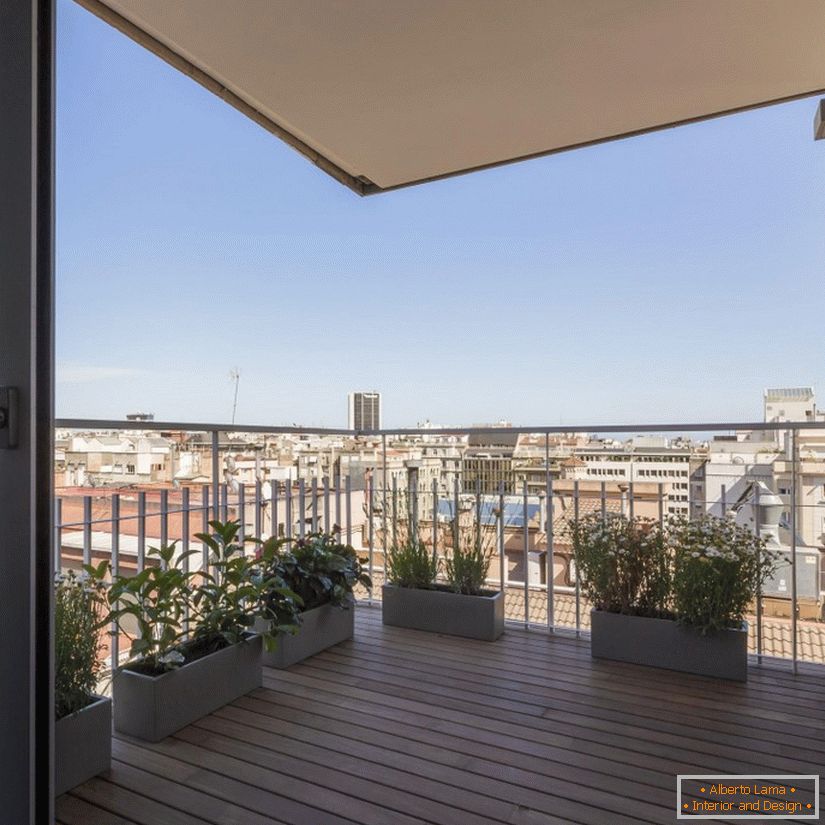 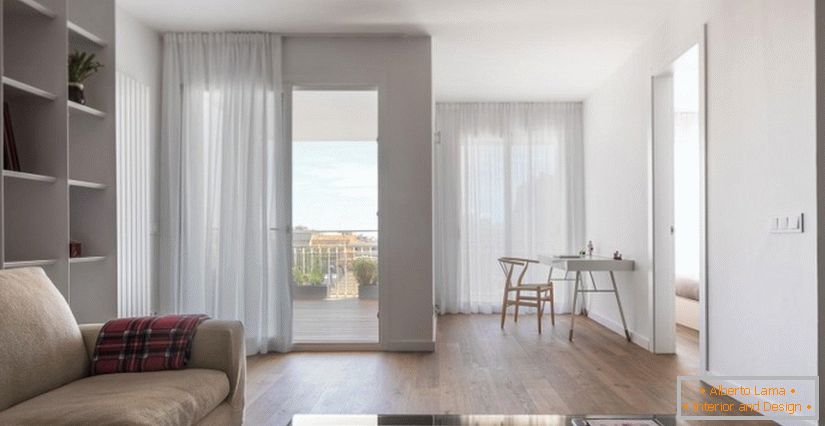 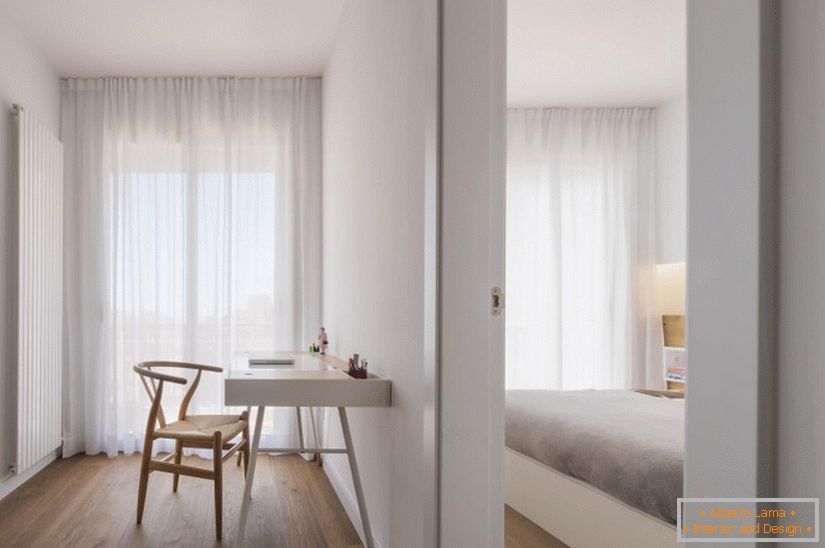 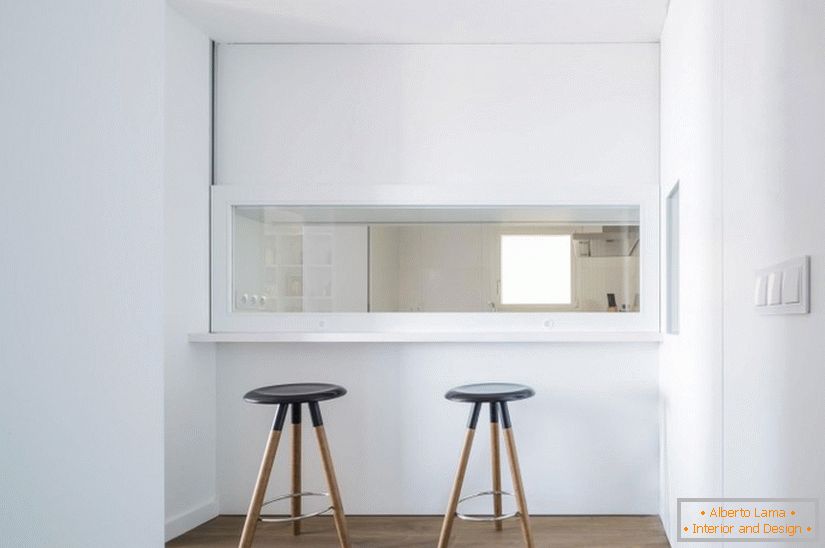 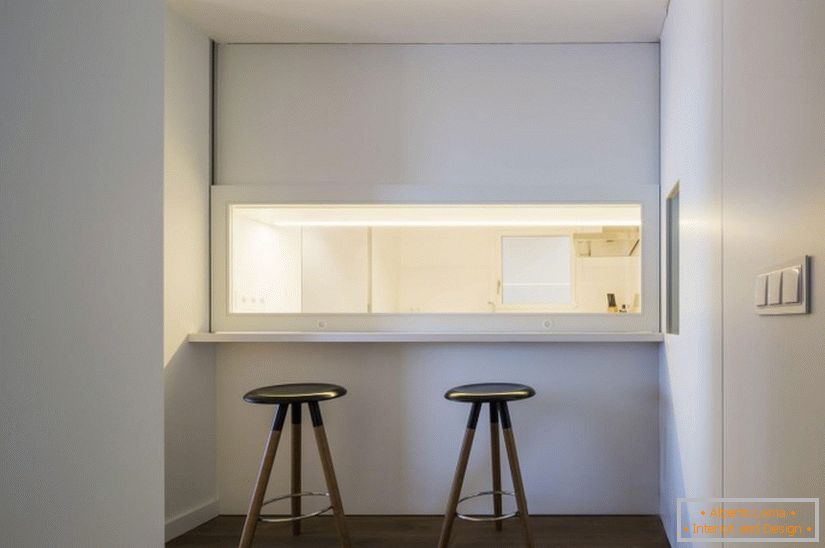 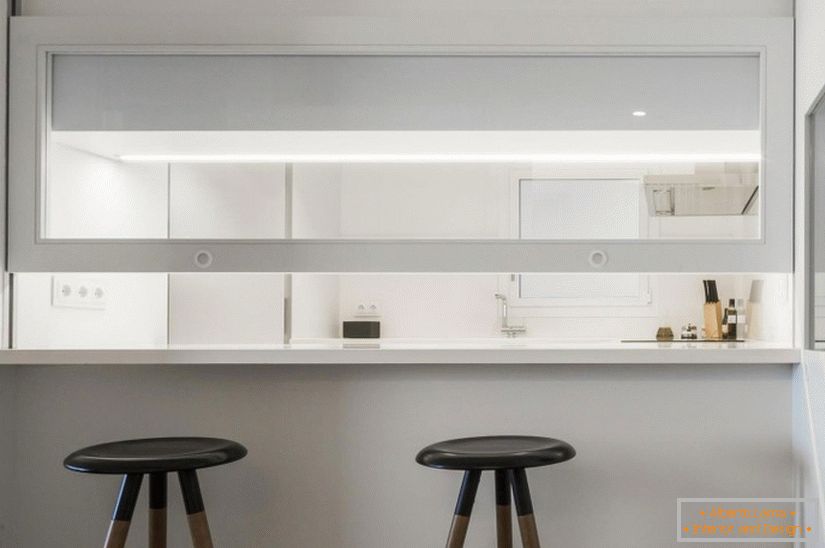 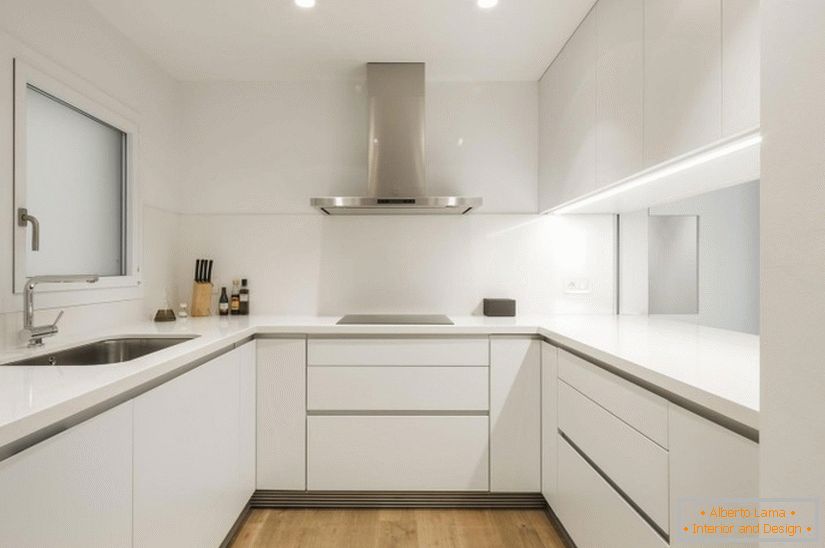 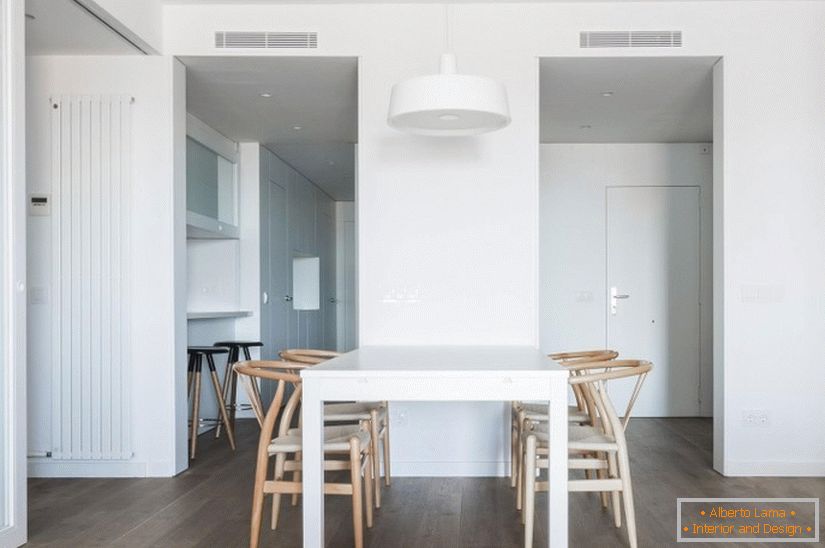 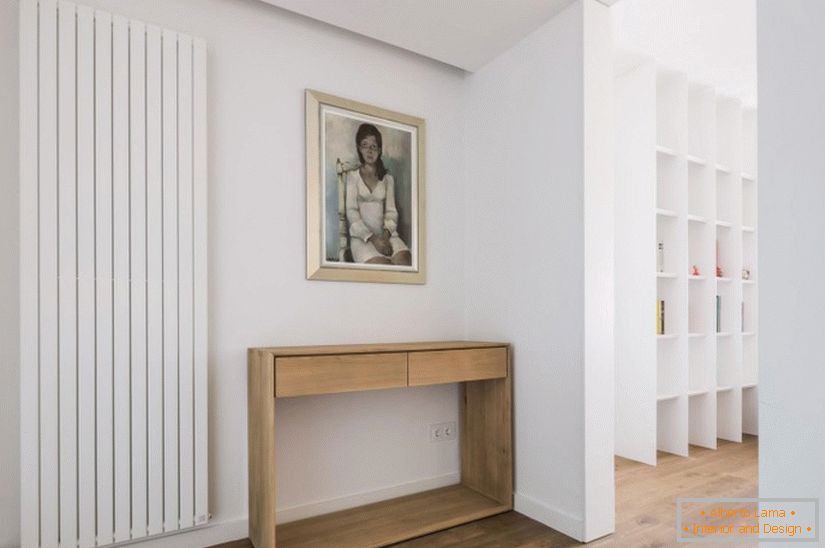 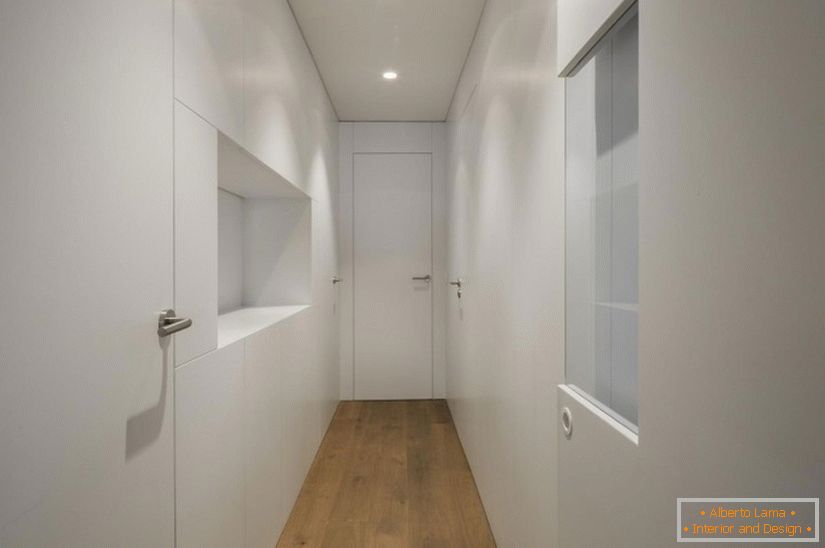 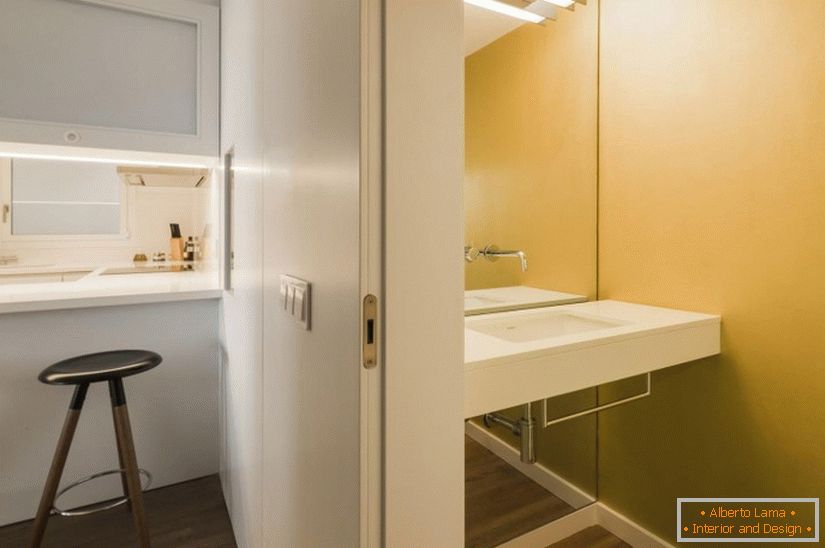 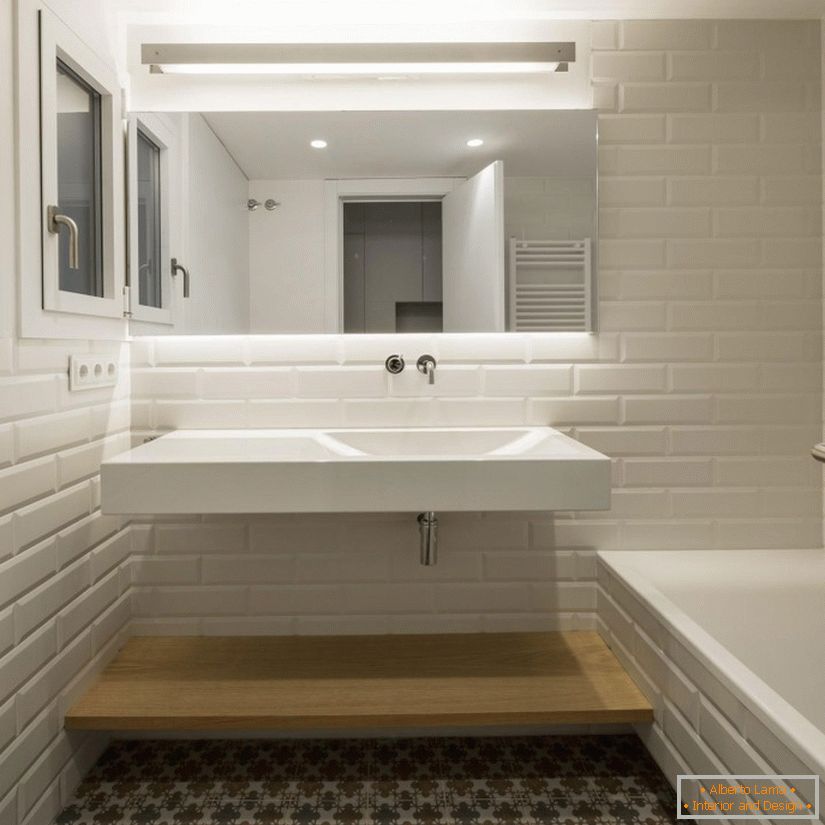 The previous owners of the house left it in a good condition. But, having analyzed the layout of the room, the designers saw that the individual rooms are not closely connected with each other. Experts attributed to the shortcomings of the housing irrational allocation of space, a large number of unattainable and unused corners, as well as the presence of a second entrance, which is not necessary today. Discontent of the designers was caused by a walled terrace. Correction of these not very successful solutions was to bring order and harmony to the apartment.

First thing the master eliminated the back door, leaving only one, the front entrance with a large hall. The vacant space was used for the second toilet. The new hall and the adjacent kitchen became the central point that connected the rest of the rooms.

Then some walls were demolished. Thanks to this, the terrace once again acquired its original purpose.

An ingenious solution was the window from the kitchen to the living room: a place appeared that could be used for a quick breakfast or as a bar counter.

The central bedroom was converted into a lounge zone. Two other bedrooms in the opposite part of the apartment are used for the old purpose. In one of them also equipped a wardrobe and a bathroom.

Small changes completely reorganized the space of the apartment and turned it into a dream House. Now the dwelling will be convenient for both a single person and a small family. 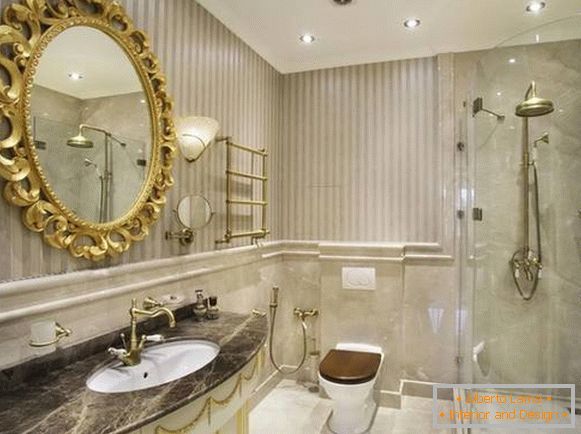 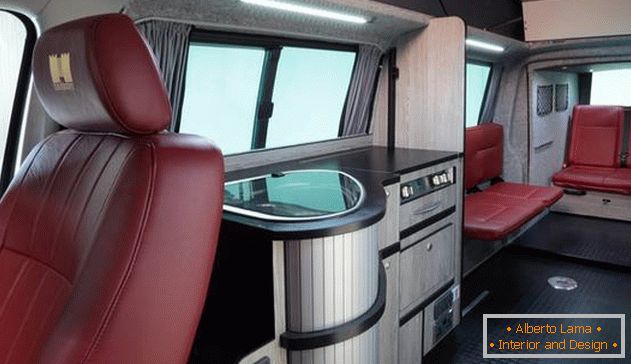 Retractable parts in a car for family travel: an overview 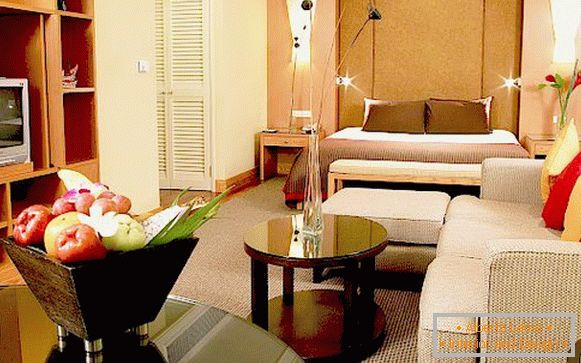 Several ways to increase the living space of a small living

Glass blocks in the interior of the apartment