When there is a task to choose a facade decoration for a private house, the first to mind comes stucco from polyurethane. Indeed, in 2016, it is the finishing material number one, because it costs much less than gypsum, it is rather simple to install and serve for many years.

At the same time, nothing will emphasize the uniqueness of the design of your house as it can be done by facade moldings. With the use of moldings, cornices, columns and other moldings made of polyurethane, the appearance of a private house acquires unique features that will emphasize the taste of its inhabitants for many years and even tens of years.

The variety of elements of the façade decoration made of polyurethane in combination with the flexibility of this material allows to beautifully decorate even the most problematic and difficult to access parts of the facades. In all seriousness: the possibilities of finishing the buildings with moldings made of polyurethane are limited only by the imagination of designers. And further in this article you will see many photos confirming this. 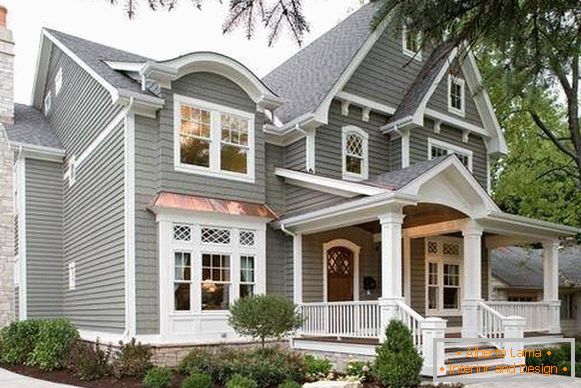 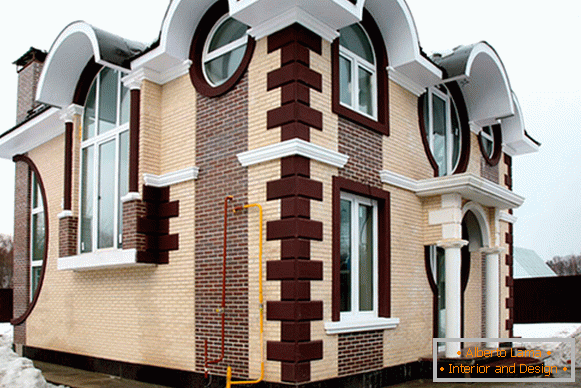 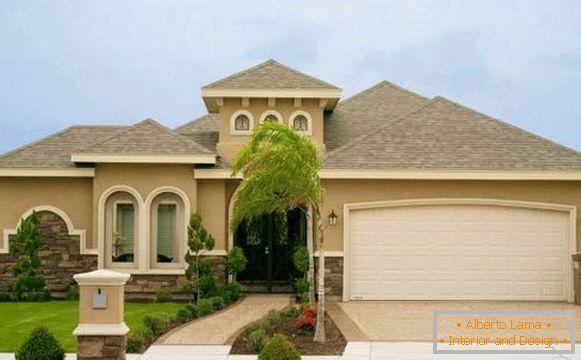 Also read: Choose the color of the facade - the best ideas and combinations 2016

Why is polyurethane stucco so popular?

As a rule, facade stucco is made of three types of materials: gypsum, polystyrene and polyurethane. The stucco molding made of polyurethane is distinguished by its higher strength and heat resistance than the foam. At the same time, the facade polyurethane is much easier and more convenient to work with compared to gypsum. And because of its endurance, it is almost equal to rubber, which is known to be used in particularly aggressive environmental conditions. The very fact that polyurethane is used in the manufacture of rubber rollers for machines, suggests that the molded decor of this material is doomed to a long existence.

Facade stucco from polyurethane is not afraid of moisture and is very malleable in work. In particular, it is worth noting that it is quite easy to apply various paint coatings, which are used in the decoration of facades. You could also see polyurethane stucco not only on the facades of houses, but also in the interiors of saunas, water parks, as well as artificial caves or waterfall cascades. This indicates that this material is absolutely not afraid of moisture, which can not be said about the stucco made of gypsum.

Summing up, we can say that the main advantages of polyurethane moldings are: 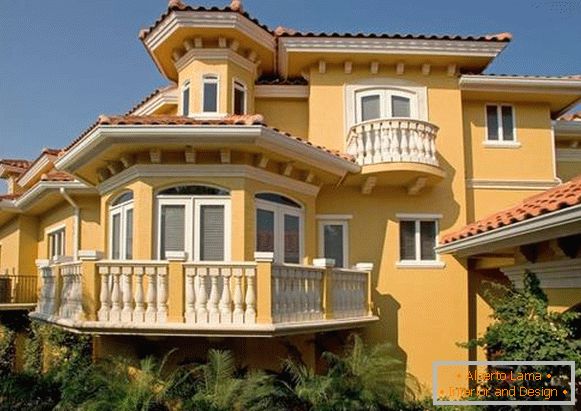 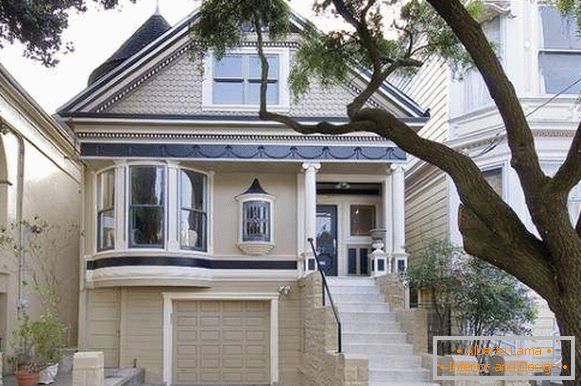 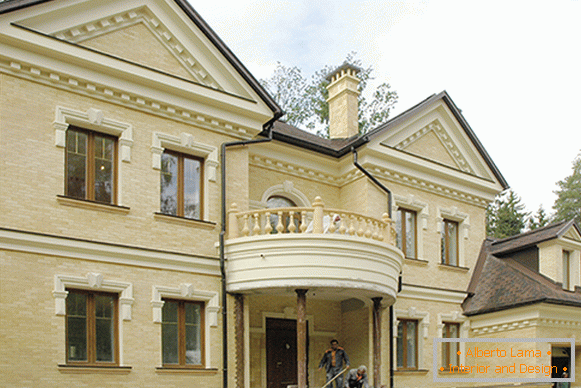 By tradition, at the end of the article, the Dekorin website invites you to enjoy beautiful photo facades, in the design of which stucco molding of polyurethane was used. Thank you for taking the time to read this material! 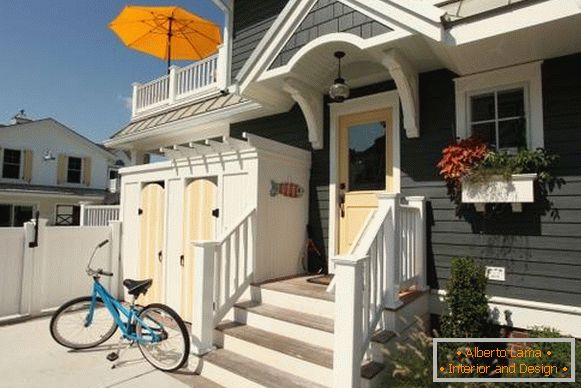 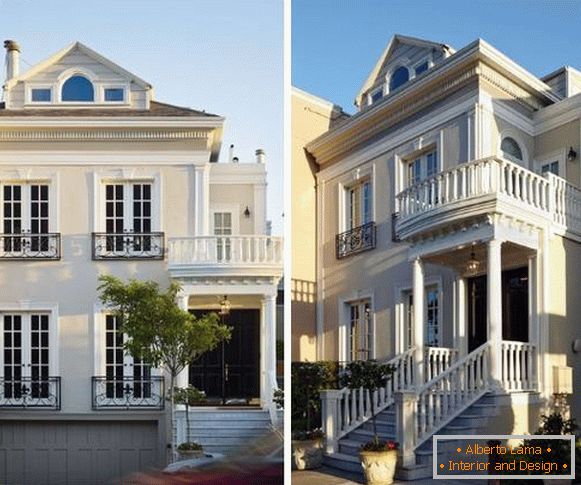 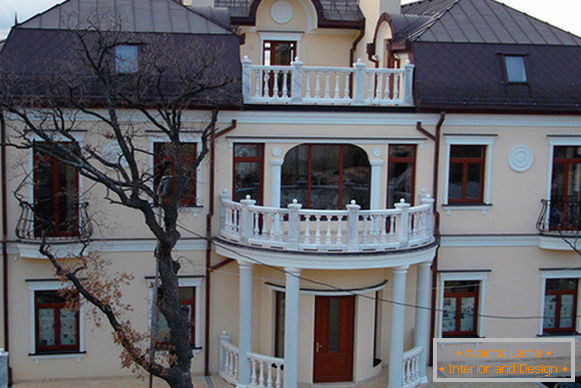 Also read: Modern design of a private house - photos of the best projects 2015 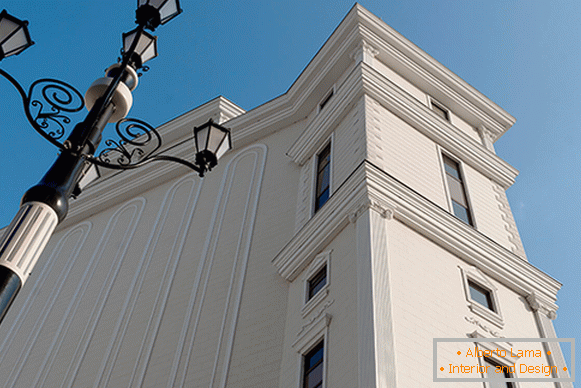 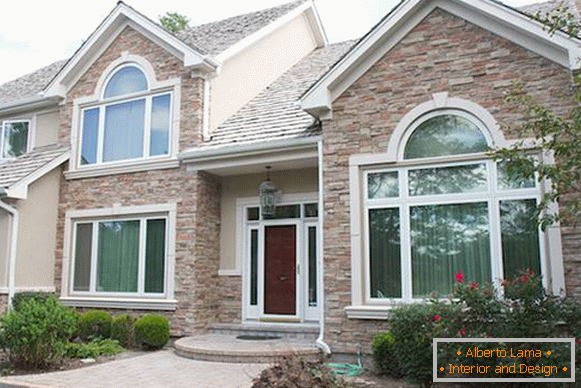 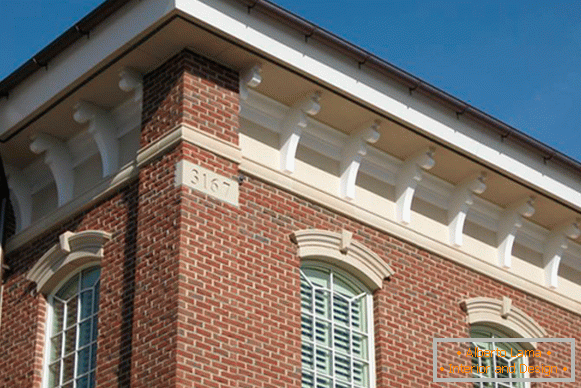 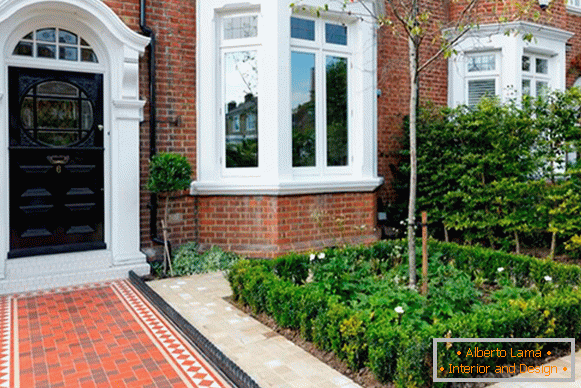 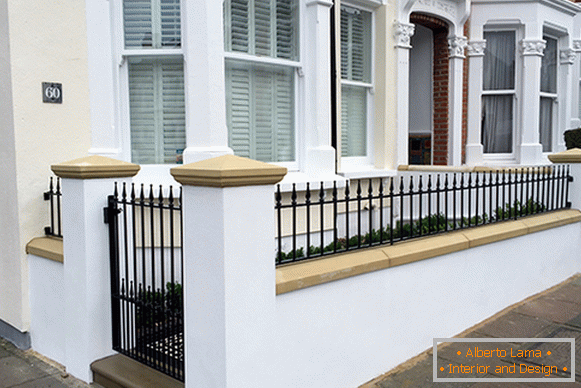 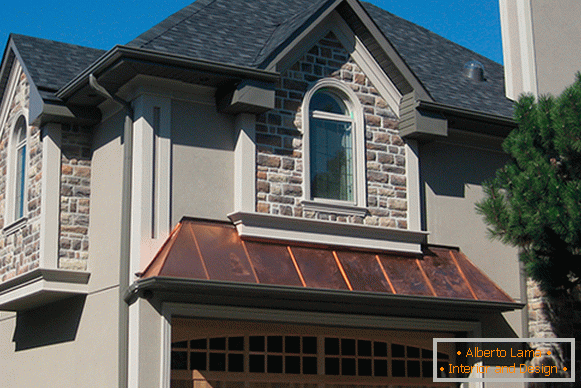 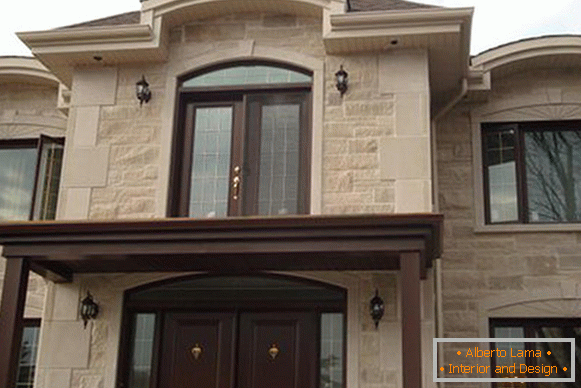 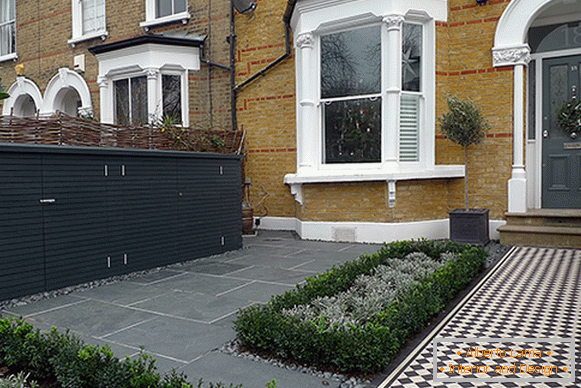 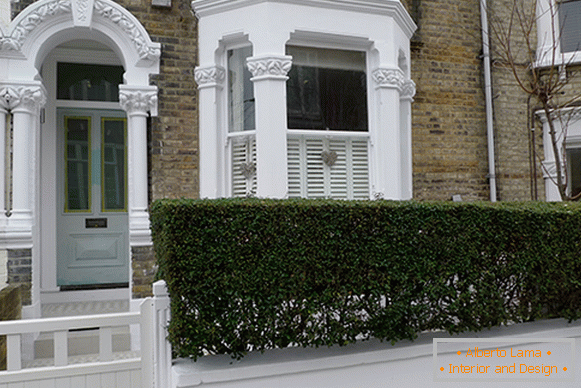 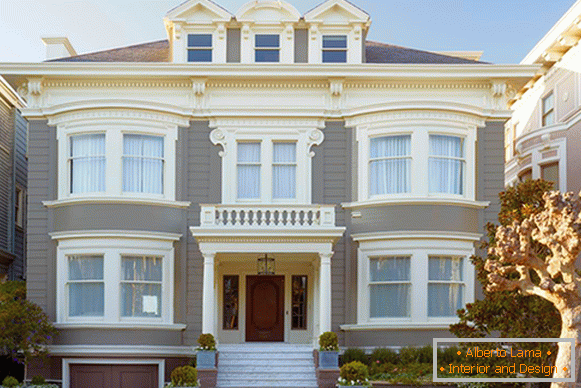 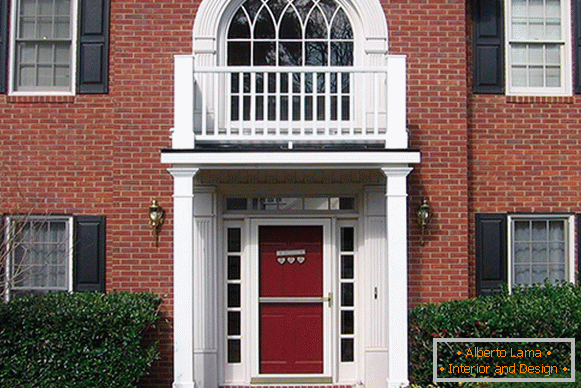 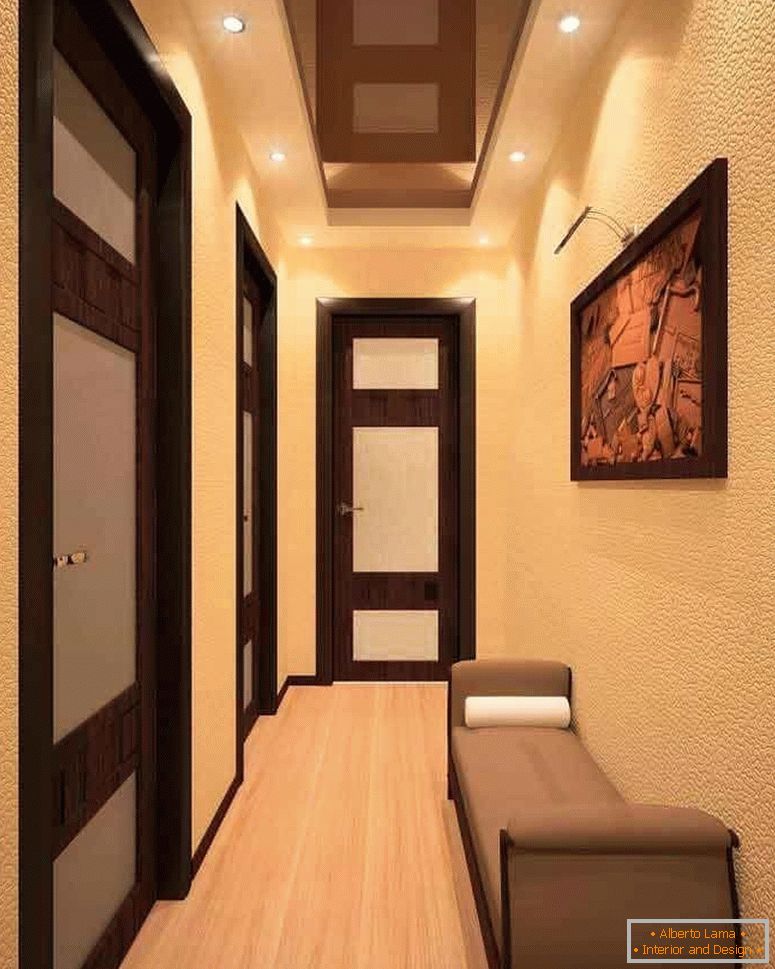 Design a small corridor in the apartment - interior photo 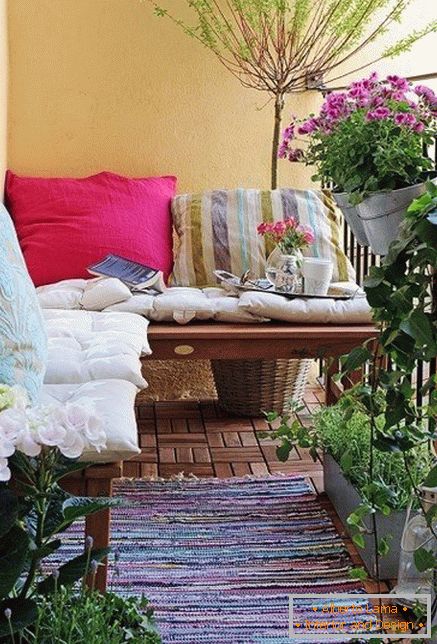 How to give a small balcony a cozy look - practical

The successful distribution of space in small apartments -

Proper planning of a small kitchen is a guarantee of order

A small forest house, photo of which will change the idea of