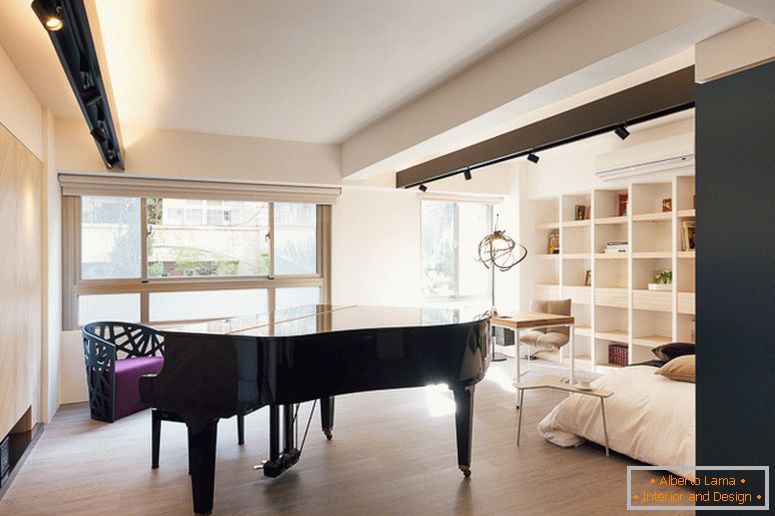 Interior of a small house in Taiwan

How to make the interior of a small house look bigger than it really is? After all, not all homeowners can boast of such luxury as the abundance of space, especially for residents of large cities. But even the most compact area can be arranged so that it will not seem tight, but in functionality it will not yield to fashionable residences.

Basic furniture can be used for storage. Do not have to compromise, deciding whether you need an office in the house or not, because a competent distribution of space can provide an interior and a full-fledged workplace, and a bedroom.

This house in Taiwan, designed by Folk Design, is an example of thoughtful design and rational organization of a small dwelling. 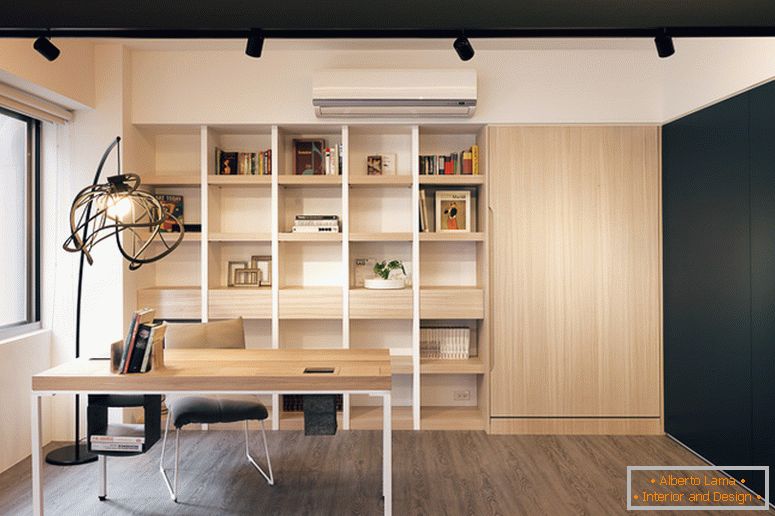 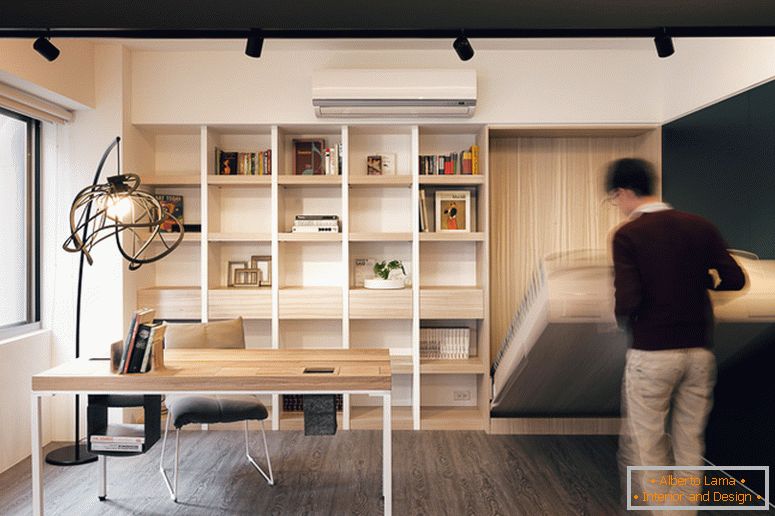 After: the cabinet turns into a bedroom

Thus, the modern work area quickly turns into a bedroom, thanks to a raised bed hidden in the wall. This is a very good decision, because even in the lowered state it does not prevent the inhabitants of the house from working at the table. 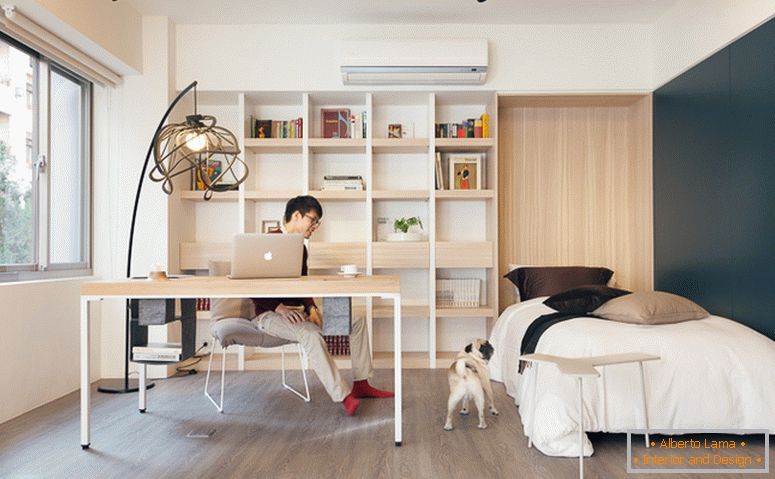 Cozy working area with a bed 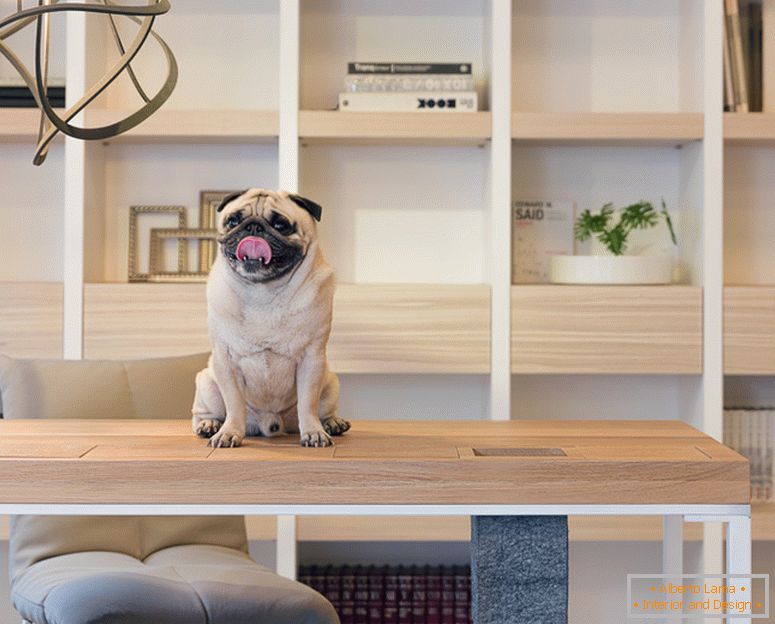 The organization of the space was so carefully thought out that there was a place for a small pet in the house. 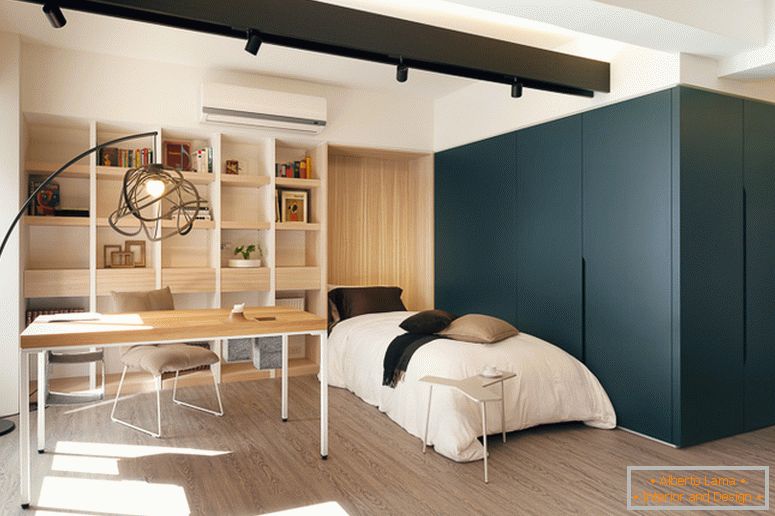 All rooms remain open and functional due to the prevalence of minimalist aesthetics and clean lines. The chosen furniture also contributes to this: instead of the clunky and bulky desktop architects gave a small, but very practical. And the built-in racks provide a lot of storage space, but they do not occupy extra square meters. 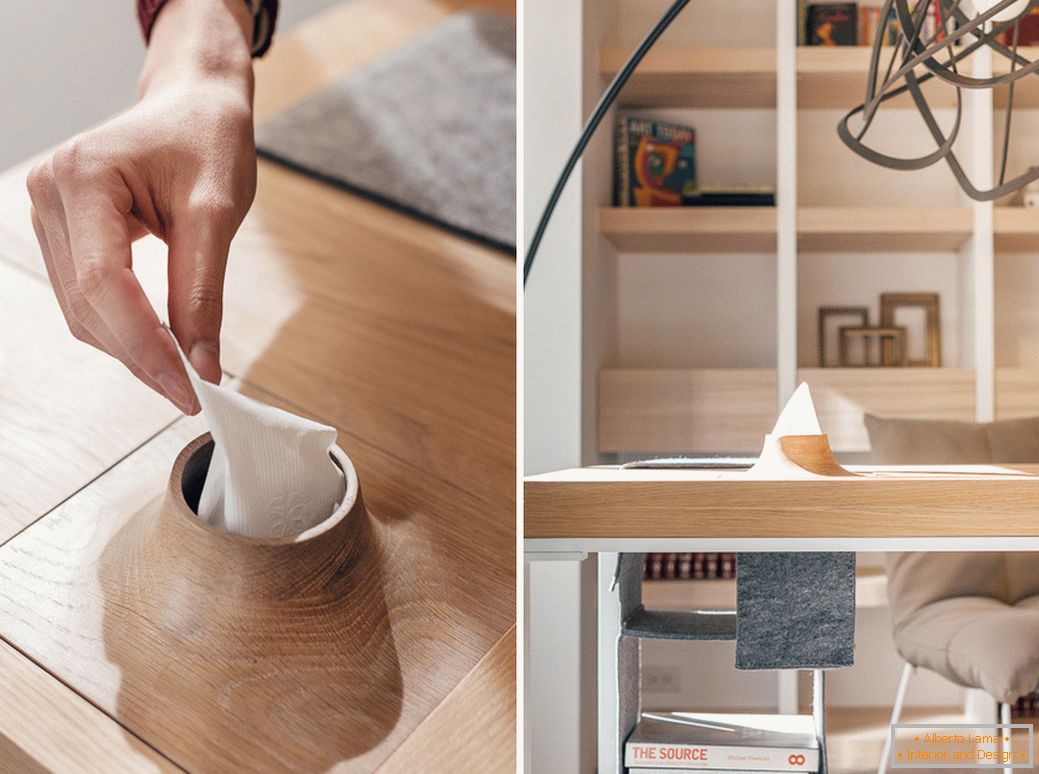 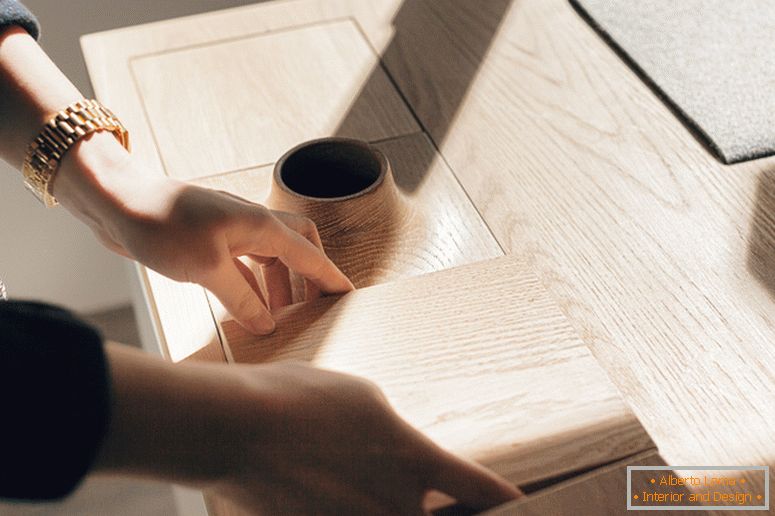 The table is characterized by the presence of hidden storage areas, which allowed to abandon a large number of shelves and additional containers. The working area is always neat, it is easy to put in order, which helps the space to appear more than it really is. 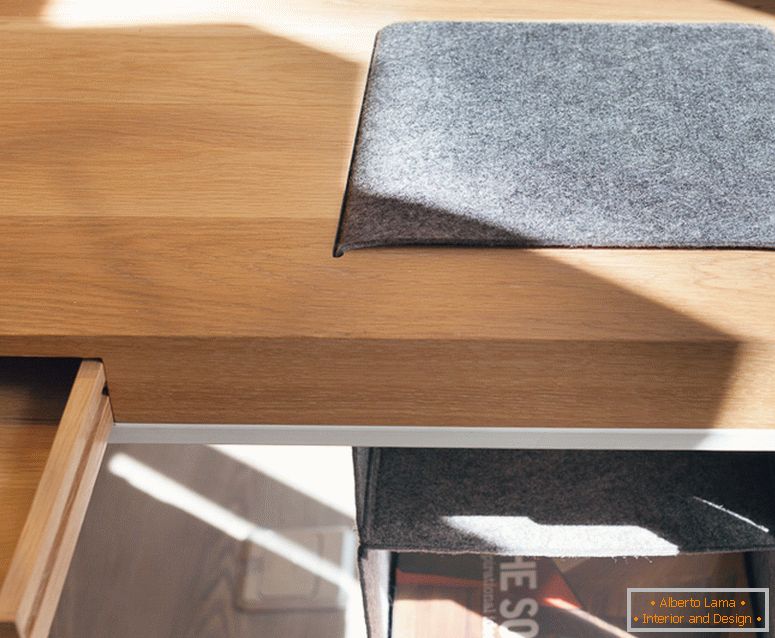 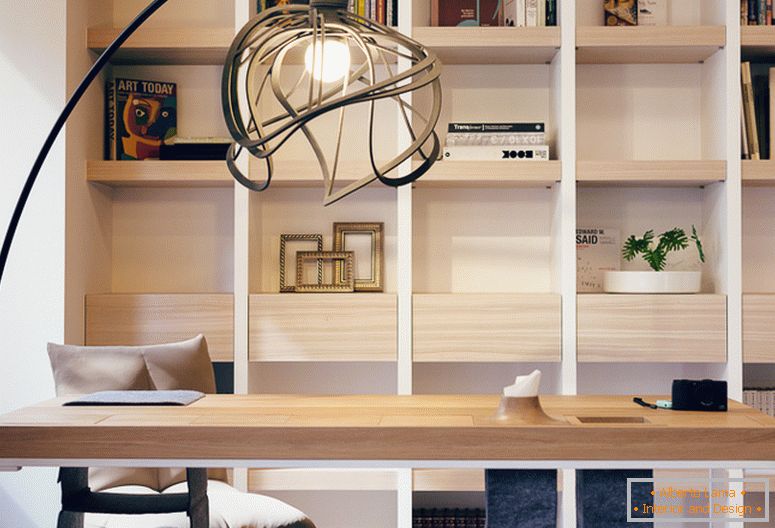 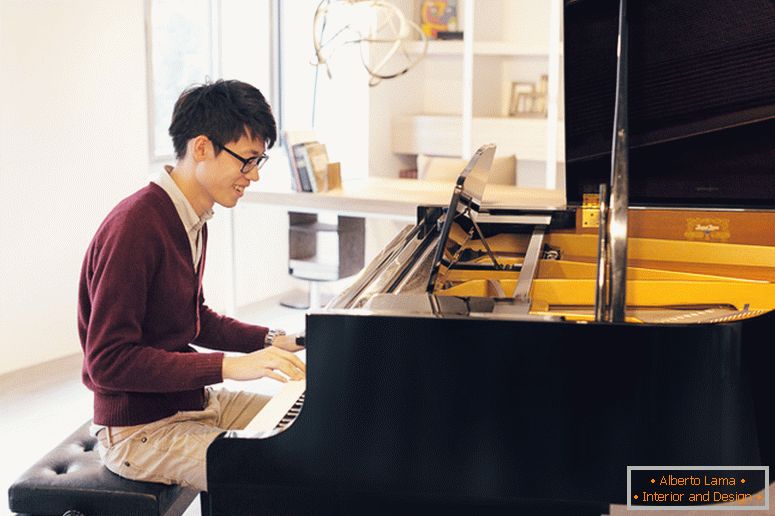 In a small house there was a place for the piano

Since the layout of the bedroom / study is very imaginative, the designers managed to place a black grand piano in the house, which, despite its size, does not make the room close. 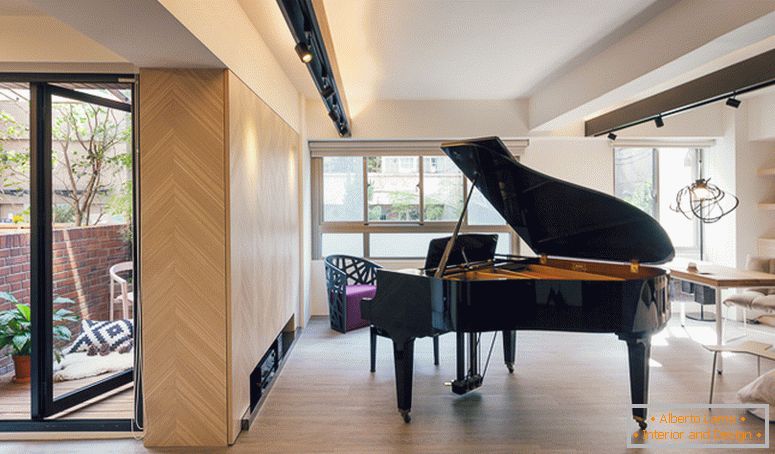 The presence of large windows always contributes to the appearance of the illusion of space. In addition, they help to increase the illumination of the room and make the interior more cheerful and fresh. This house is equipped with a quaint courtyard, the view of which opens through glass sliding doors.

Minimalist design of the kitchen provides perfect comfort while preparing food, but at the same time it supports the idea of ​​space saving. And the patio, immediately behind the large glass doors, visually merges with the interior, making it seem more light and voluminous.

To be as functional as possible, the house must not necessarily have a huge area. It's just worthwhile to avoid cluttering up space during its design. A carefully designed design will allow the home to remain bright and open. 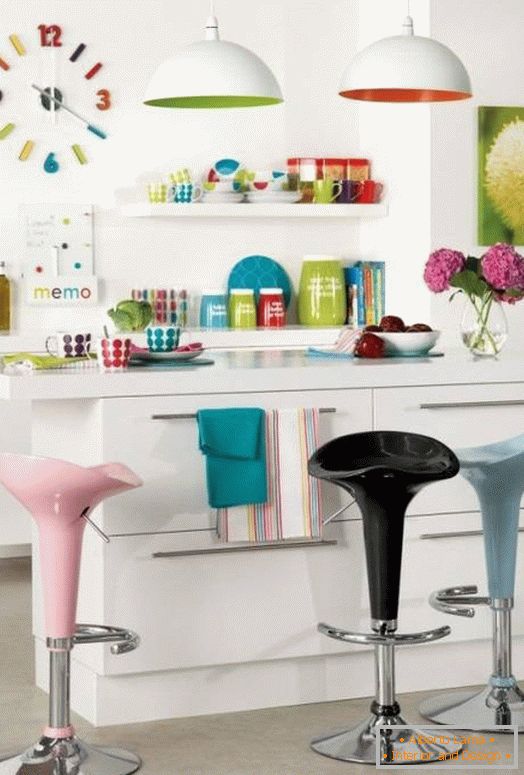 Video: high technologies of the future from quantic dream

Is an ideal little kitchen a dream or a utopia? 10

Constructivism in the interior +50 photo style

Design cuisine in the style of provence: the french charm in

What are the advantages of aluminum windows